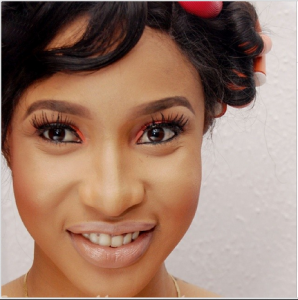 Controversial Nollywood actress and singer — Tonto Dikeh has dropped her own piece on the P-Square war.

She warns about the negative consequences of the break-up, stated that wives must play an important role for resolving the situation:

“When you break up, your whole identity is shattered. It is like death. The love of twins is undisputed, Paul and Peter. You have been together for years, making great songs like Senorita, Do me, Story, More than a friend, Omoge mi, Busy body, Alingo, Personally, Testimony; the list is endless! Why break it up now?

“Please learn. Two heads are better than one. Mrs Lola and Anita, they say a woman makes a home. This is the time to show the world that both of you are women with great substance, which I believe you are.”

We all know that Tonto is a close friend of Peter and Paul and takes their problems in a very serious and personal way.

It would be recalled that some of the reasons Peter wants out is that he claims his brothers do not respect his wife and that their brother, Jude, has been disrespecting Lola for years.

Peter is especially bitter, and it is still possible that Jude and Paul stay together, while Peter dumped them.

The described deadlock prompted his packing out of Squareville mansion in Omole where he lived with his brothers for years to Lekki Phase 1 with his wife Lola Omotayo and their children.