Too Much Spicy Foods Is Not Good For Athletes – Gernot Rohr 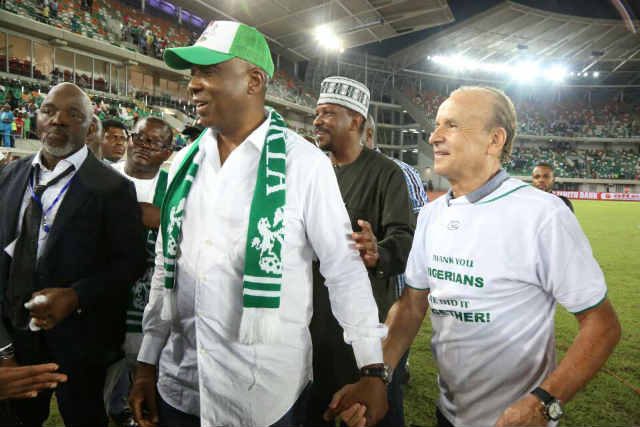 Gernot Rohr has banned goat meat and pepper soup for his players as they prepare for the 2018 FIFA World Cup.

The Super Eagles are camped in Austria where they are intensifying preparations for the tournament before they travel to Russia.

Consecutive losses to England and the Czech Republic have raised doubts among supporters on the team’s chances at the tournament.

Rohr is however intent on keeping his players in good condition for the tournament which includes restriction of certain meals for the players.

In an interview with Omasports, Rohr stated that the Super Eagles players will not be permitted to eat goat meat, pepper soup, and other spicy foods.

He said, “The reason is because nutritionist will tell you that too much spicy foods is not good for athletes.

“We have to observe what they tell us, and the medical team agreed that we cannot eat too much fat and too much spice.”

He, however, stated that there may be instances whereby the strict laws may be relaxed.

He said, “For instance, there can be an exception on Sunday the night we will be here, there will be a little Austrian music, perhaps a little African food, from Madam ambassador so we will see.”

The Cops Come Very Late In Bronx – Cardi B

#Nigeria > 3 Die, Others Injured In Delta As JTF, Militants Duel