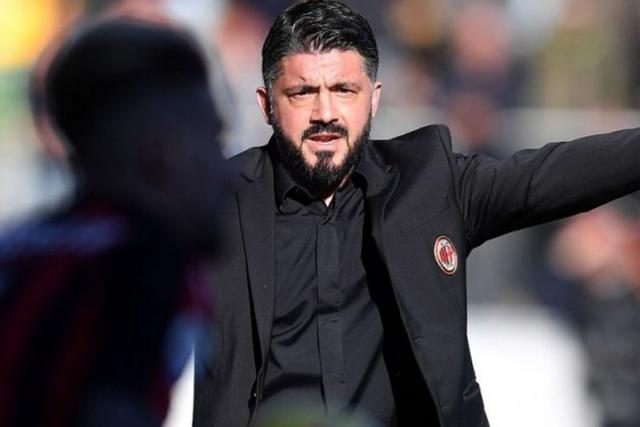 Gennaro Gattuso has said that AC Milan have done better than most people expect this season and UCL qualification will not determine whether he’ll still have a job or not.

Milan will feature against SPAL in their last Serie A fixture on Sunday and a win is very important to seal qualification for the Uefa Champions League.

His words, “Apart from Atalanta, who are enjoying a sporting miracle, we’re ahead of more highly rated teams,”

“I was never asked to reach the Champions League in an obligatory manner, but rather to try, and we’re fighting for it right until the final day.

“We’re just missing the cherry on the cake. It’s been an important campaign. My players deserve a big hug and a lot of respect.

“We’ll take stock of everything next week but, for now, we’re only focused on SPAL. First, we must do our duty and then we’ll see.”

“Taking charge of this team was an honour and I would do it all again.

“I’m not one to make calculations, I’m spontaneous and I prefer it that way.

“There have been some stressful months since taking over at Milan, but I think I’ve improved a lot in terms of character.

“Perhaps I’ve committed some technical and tactical mistakes and I’ll look to correct them. I was the first to raise the bar and we’ve done so. It’s not been a negative season.”

Life Will Go On Whether I Keep My Job Or Not...