Google’s plan to replace web browser cookies with a system that shares less data with advertisers is being investigated in the UK.

The Competition and Markets Authority (CMA) said Google’s plan could have a “significant impact” on news websites and the digital advertising market.

It had already raised concerns that publishers’ profits could sink if they were unable to run personalised ads.

But Google said digital advertising practices had to “evolve”.

‘Too much power’
Cookies are small files a web browser stores on a user’s device when they visit a webpage.

They can be used to remember what items a person has added to their online basket and deliver personalised content.

They can also be used to track somebody’s activity online and deliver targeted advertising.

But Google intends to go further by ending support for all cookies except first-party ones – those used by sites to track activity within their own pages.

It wants to replace them with new tools that give advertisers more limited, anonymised information such as how many users visited a promoted product’s page after seeing a relevant ad – but not tie this information to individual users.

According to one industry group opposing the move, Google’s Chrome browser is installed on more than 70% of computers in the UK.

So even if other web browsers do not adopt the same approach the move would still be significant.

“Google’s Privacy Sandbox proposals will potentially have a very significant impact on publishers like newspapers, and the digital advertising market. But there are also privacy concerns to consider,” said Andrea Coscelli, chief executive of the CMA.

A coalition of about a dozen small tech companies and publishers – Marketers for an Open Web (Mow) – claims some of its members’ revenues could drop by as much as two-thirds.

Moreover, it suggests the move would put too much power into Google’s hands.

“Google will effectively control how websites can monetise and operate their business,” it warned last month.
“This means that any business that buys or sells advertising will be reliant on Google for a part of the process, whether they like it or not.

“This will reduce the ability of independent players to compete with Google, strengthening its monopoly control of online commerce.”

The group has also raised concerns about other related matters; including the tech firm’s plan to end support for user-agent strings.

These are bits of text that browsers send to websites at the start of a user’s visit to reveal details about the device and browser being used.

Publishers use this information to optimise the way their sites appear.

But Google is phasing out support on the grounds that they are also used as an alternative to cookies to track users; and sometimes cause compatibility issues.

The CMA previously issued a report into the matter in July.

At that point it acknowledged that while there were benefits to consumers; from the kinds of privacy measures Google was proposing, they might be outweighed by other concerns.

It added that “many news publishers” had expressed concern that their news sites would become “unsustainable”. 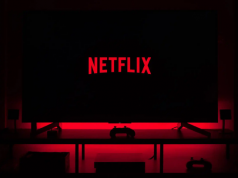 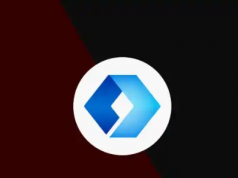 UFO Miners to Begin a New Era for Cryptocoin Mining

I Am Going To Remain Consistent For My People – Buhari

Umaru Yar’Adua Wanted To Work With Me – Donald Duke