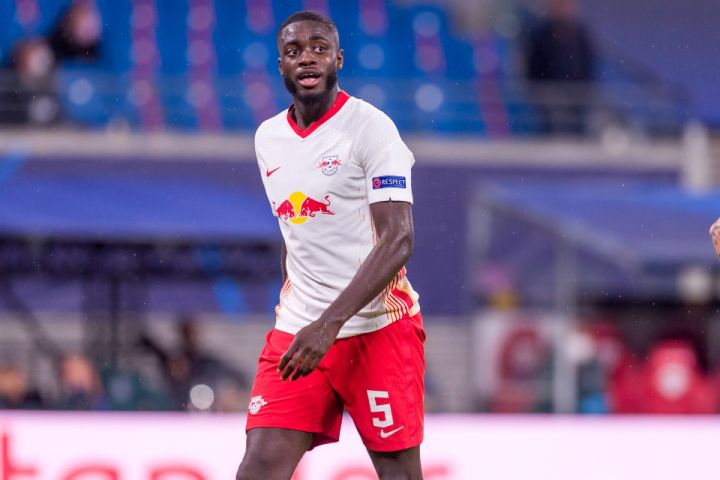 Paul recently revealed that the French international will definitely make a huge impact at Old Trafford.

According to him, Upamecano is the kind of defender the team needs because he is very different to Maguire and Lindelof and he loves one-on-ones.

He added that what Dayot does for RB Leipzig now is what Ferdinand and Jaap Stam used to do for MUFC, so his service is really needed.

Hia words, “This is the type of defender I think United need, he’s very different to Maguire and Lindelof,”

“He absolutely loves one-on-ones, he loves getting down that channel because he knows he’s gonna beat them. It’s very much the same as what Rio used to do, what Jaap Stam used to do.

“It frees the rest of the team to worry about attacking play, because you know you’ve got a centre-half who is going to defend and he’ll do it all day.”

Ole had this to say about him, “There’s always rumours and speculation about good players for Manchester United,”

“But since he’s playing against us tomorrow, I know he’s a very good player and we can see him close up tomorrow.” I Cannot Be Threatened From Visiting Bayelsa – Patience Jonathan

PDP will win over 90% Votes on First Ballot, says Governor...

I’ll Never Understand How I Didn’t Win A Grammy Award In...