Chamberlain Oguchi continued his impressive outing in Rades, notching up 30 points and eight rebounds, with Al-Farouk Aminu complimenting with 14 points.

Proceedings was halted for over two minutes (2.17secs) in the final quarter after Stanley Okoye missed what could have been the dunk of the tournament and ended up smashing the backboard. An hour-long break – to replace the backboard – followed before the west Africans closed out an emphatic win. 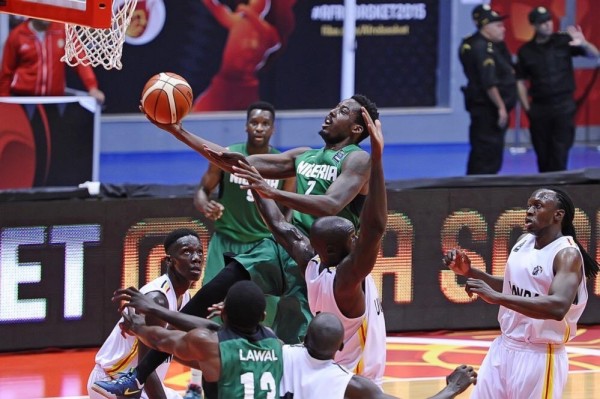 D’Tigers Have Won all Two of Their Matches at the 2015 Afrobasket. Image: twitter/NigeriaBasket

The Ugandans have now lost all of their two matches at the tournament with the Central African Republic awaiting in their final group match on Sunday. Uganda’s Stephen Omwony finished with a team-high 20 points.

The Silverbacks had their best run for just the opening 35 seconds of the match, before Oguchi siezed initiatives.

Uganda converted just 48 percents of their efforts from the free-throw line and 31 percent of their field-throw attempts; much lower than Nigeria’s 77% to 48% free-throws to field goals differential.

D’Tigers will be back on Sunday in the long-awaited Group A cracker against hosts and defending Champions, Tunisia, who take on the CAF later on Friday.

#Celebrity > Top Brands Set To Sponsor The ‘Unveiling’ Of The...