Will The EPL Strike Back In Champions League Knockouts? 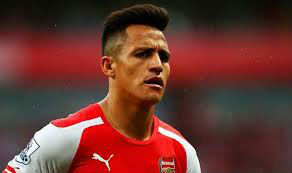 The only downside with a so-called “golden era” is that you don’t know what you’ve got until it is gone, but as the Champions League returns this week, the Premier League has discovered the hard way that its period of European dominance has become a fading memory.

For English clubs, reclaiming their place at the top of Europe appears to be becoming an increasingly frustrating task, despite the riches and talent of the league. So when will the Premier League empire begin to strike back?

With Chelsea and Manchester United having failed to reach this season’s competition and Tottenham knocked out in the group stages, three clubs — Arsenal, Manchester City and Leicester City — are left to prepare for round of 16 ties knowing that they must each overcome sizeable obstacles to progress to the quarterfinals.

Arsenal, who have suffered elimination at this stage for the last six seasons, must relive their recurring nightmare against Bayern Munich, having been beaten over two legs by the German champions in 2005, 2013 and 2014.

Pep Guardiola’s Manchester City, and his unconvincing defence, face free-scoring Ligue 1 leaders Monaco aiming to stop an opponent that has scored 75 goals in 25 league games so far this season.

Meanwhile, Premier League champions Leicester must somehow blank out some disastrous domestic form, which has seen them drop to one point above the bottom three on the back of five successive league defeats, and try to eliminate in-form Sevilla — a club with three successive Europa League titles to their name.

Is the Premier League, the world’s richest and most competitive league, set to suffer the ignominy of having no teams in the Champions League quarterfinals? Ten years ago, such a prospect would have been unthinkable. Between 2005 and 2012, only one Champions League final took place without an English club taking part — the 2010 encounter between Bayern Munich and Inter Milan — while 2008 saw two Premier League teams, Manchester United and Chelsea, fight it out for the trophy in Moscow.

Moscow may have been the Premier League’s zenith, but it was anything but a flash in the pan. Three out of four clubs in the semifinals of 2006-07, 2007-08 and 2008-09 were from the Premier League, with United, Chelsea and Liverpool’s presence in the last four almost being taken for granted.

Liverpool won their fifth European Cup by defeating AC Milan in Istanbul in 2005; Sir Alex Ferguson’s Man United reached three finals between 2008 and 2011, winning one; while Chelsea won their first by overcoming Bayern on penalties at the Allianz Arena in 2012.

However, the Premier League has not provided a Champions League finalist since. And, even worse, it has only come close to doing so twice.

Chelsea lost 3-1 over two legs to Atletico Madrid in the 2013-14 semifinals, while City made it to the last four in 2015-16, only for Manuel Pellegrini’s team to suffer the most one-sided 1-0 aggregate defeat in recent memory when going out at the hands of Real Madrid. There was no Premier League team in the last eight in 2012-13 and the same thing occurred two years later.

The Premier League may boast the world’s most expensive player in £89.3 million midfielder Paul Pogba, but the United star is not even playing in the Champions League this season. It may be home to some of the most celebrated coaches in world football in Guardiola, Jose Mourinho, Antonio Conte and Jurgen Klopp — yet, of those, only Guardiola is competing in the Champions League.

Arsene Wenger has used all of his experience in Europe to help Arsenal through, while Claudio Ranieri’s newcomers Leicester have stepped up their game in the Champions League to top their qualifying group. But this season’s round of 16 poses a different challenge, and how the English clubs perform will be crucial for the Premier League.

The knockout stages are where they have fallen short in recent seasons, with opponents out-smarting them tactically or proving to be far superior in terms of squad depth. Barcelona, Real Madrid and Bayern have proved to be an insurmountable barrier in recent years, but English clubs have also succumbed to the likes of Monaco and Paris Saint-Germain.

This year, something has to change. Man City, Arsenal and Leicester all have an opportunity to progress if they can win the tactical battle against their opponents.

City are perhaps the Premier League’s best hope, with Guardiola’s fine track record and a hugely experienced squad, but Arsenal may be catching an out-of-sorts Bayern at the right time and Leicester will also welcome a European night against Sevilla amid the trials and tribulations of their battle for Premier League survival.

MTN Sets To Launch Mobile Banking To Boost Profit After $1.7b Fine In Nigeria