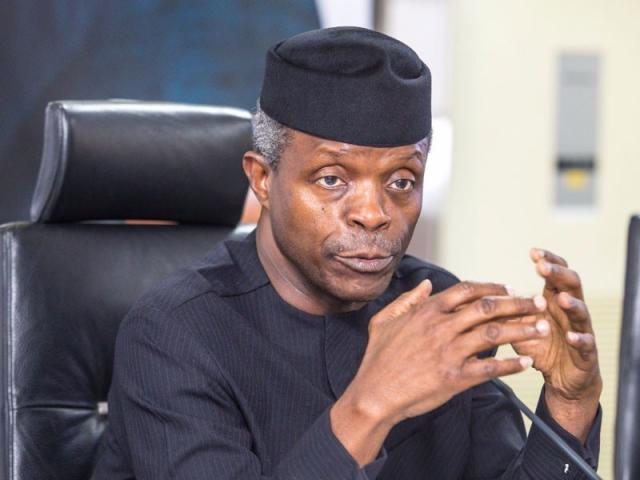 The Federal Government has revealed its plan to ensure about 13.8 million households in the country welcome the idea of Liquefied Petroleum Gas (LPG) for their cooking before 2024.

Vice-President, Prof. Yemi Osinbajo disclosed this in a statement yesterday as he inaugurated a landmark LPG cylinder manufacturing plant, built at Ajah, near Lagos by Techno Oil Limited.

“We identified that it is necessary to emphasise coordination and collaboration in promoting LPG adoption as previous attempts in achieving the goal has failed because of fragmented approach within the government.”

“Techno Oil’s investment auspiciously converges with our administration’s efforts to speedily diversify our economy, through domestic and indigenous solutions.

“When we came into office in 2015, one of the issues we identified was the abysmally low domestic utilisation of LPG in Nigeria.”

“According to the World Health Organisation, the smoke from burning wood fuels is a major cause of women and children mortality in Nigeria,”

Executive-Vice Chairman of Techno Oil, Mrs Nkechi Obi also said cylinder inadequacy and how the facility is expensive has been catered for with the building of the plant.

His words, “This plant has an annual production capacity of over five million cylinders of different sizes and we believe it will go a long way to boosting the LPG adoption drive in Nigeria.

“This means that we have the capacity to meet the country’s requirements and to produce for export to other West African countries.”

Bukola Saraki Made A Mistake By Leaving APC – Abdullahi Adamu

Shakira Set For 8 Years in Jail Over Tax Fraud

I’m Not Planning To Rejoin APC From PDP – Ortom