The Chairman of the Senate Services Committee, Senator Mohammed Sani Musa, All Progressives Congress, APC, Niger East has raised the alarm that the insecurity situation in his Senatorial District is worsening every day, saying that it has been one week of sleeplessness and horror. 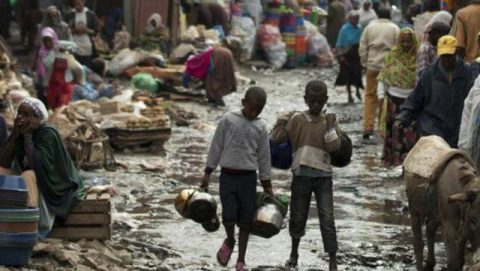 Senator Musa has reiterated his call on President Muhammadu Buhari to put the security operatives on their toes to ensure they live up to their responsibilities of protecting the lives of the citizens, adding that if security agencies in the country cannot guarantee the protection of lives and property of the citizens, then Nigeria may be on the precipice of anarchy.

According to him, the horrible event in the last one week in Niger State and particularly in Niger East Senatorial District has raised tension and uncertainties in his mind and the minds of the people more than ever before.

In a statement made available to Vanguard yesterday, Senator Musa said that in this one week, at least two have been Killed, thirty abducted and five thousand persons, rendered homeless in the State.

The statement read, “In one week, armed men in their hundreds have unleashed mayhem and terror on innocent citizens in their peaceful villages, forcing them to evacuate their homes into homelessness.

“Also, not less than five thousand persons have become refugees from over 15 communities in Niger East, as gunmen continue to rain terror on innocent citizens unabated.

“On Thursday, 10th December, armed men numbering over fifty were reported to have stormed, at separate times, Garin Gabbas and Yakila communities in Rafi local government, where they abducted the District Head of Gunna, Ibrahim Abdulhameed, a youth leader of the All Progressives Congress and two other persons.

“On the same day, Chukuba and Kuchi communities in Shiroro local government area were attacked by bandits, in which a Christian cleric and a man thought to be a vigilante security personnel were killed, while at least eight persons were kidnapped.

“On Friday 11th December, gunmen also attacked villages between Zungeru and Tegina in Rafi LG where they abducted unnumbered persons, shooting sporadically into the air for about an hour.

“Also on Sunday, Ogu and Rafin Doko in Rafi LG came under serious attacks by gunmen, who abducted at least 19 persons from the two communities.

“In fact, the last week could be described as hell on earth for the people of Niger East who can no longer sleep both in the day and night for fear of the unknown. They have been rendered helpless even as they continue to starve due to the destruction of their property and inability to engage in what they know how to do best – farming.

“My heart, therefore, goes out to the victims of the numerous attacks and by extension the entire people of Niger East. May Allah comfort those who have lost their loved ones, and grant the souls of the departed Aljana Firdaus.

“Meanwhile, I also want to reiterate my stance on the security situation in our dear Niger State, and indeed the north as a whole, that a lasting solution must be proffered, and those who are tasked with the responsibility of protecting the lives of the people must rise to the occasion.

With the mass abduction of children in Government Science Secondary School Kankara in Katsina State and the numerous attacks, kidnappings, and massacres suffered by the people of Niger East and elsewhere, there is no doubt that there is no better time to act than now.

“Enough of the bloodletting and carnage. The lives of innocent citizens cannot continue to be sacrificed on the altar of blood-thirsty vampires who are bent on destroying the peace of our land.

“I urge our able and capable leader, President Muhammadu Buhari to put the security operatives on their toes to ensure they live up to their responsibilities of protecting the lives of the citizens. If the security agencies in our country, cannot guarantee the protection of lives and property of the citizens, then Nigeria may be on the precipice of anarchy.

“I once again lend my voice to the voices of my distinguished colleagues in the Senate and Honourable members of the House of Representatives as well as other meaningful Nigerians to call for the revamp of the security architecture in the country. Mr. President should not hesitate to ensure that is done, and indeed now.

“Nevertheless, I commend the gallantry efforts of men and officers of the Force for their zeal towards rooting out those bad elements that have infiltrated into our communities. I urge them to continue to do their best.

“As we remain undaunted and resolute to serve our people, let me also call on the citizens to cooperate with security agencies by volunteering useful information that can enhance investigation in tracking the bandits. I enjoin them to also be wary of strangers, and report any strange moves around them.”

Remarks While Touring a GE Facility in Luanda

I Will Never Be A BabyMama – Toyin Abraham