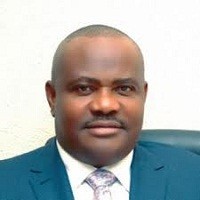 The Nigerian Government has directed the Vice Chancellors of federal universities under siege by the current strike action of the Academic Staff Union of Universities (ASUU) to immediately re-open for academic and allied activities.

The directive has also instructed them to ensure that staffs who resume for work are provided with the enabling environment to carry out their lawful duties.

The Supervising Minister of Education, Ezenwo Nyesom Wike, who conveyed the instructions during the Press Conference which held on Thursday, 28th of November, 2013 in Abuja, noted that any academic staff who fails to resume on or before the 4th of December, 2013 would automatically cease to be a staff of the institution. The Vice Chancellors are as well to advertise vacancies (internal and external) in their institutions.

The Minister added that the Federal Government after reviewing the entire situation has concluded that the continuation of the strike action by ASUU is an attempt to sabotage all the efforts made to address their grievances.  He reasoned that no responsible Government can allow the continuous closure of her public universities for such a long time.

While recalling the various meetings held with the leadership of ASUU and the initiatives taken by Government to address their grievances since July 1, 2013, the Minister disclosed that it was part of efforts to demonstrate Government’s commitment that President Goodluck Ebele Jonathan held meetings with ASUU executives and labour union leaders from the Nigeria Labour Congress and the Trade Union Congress (TUC) on November 4, 2013 where issues were resolved with firm commitments to addressing lingering matters.

“Amazingly three weeks after meeting with the President, ASUU has responded by giving new conditions for suspension of the five months old strike. It is also noteworthy that the President’s gesture was more than sufficient to guarantee the commitment of Government to addressing all issues as resolved at the meeting with him,” the Minister indicated.

The Federal Government, he said has met all its commitments and obligations with respect to the FG/ASUU 2009 Agreement. He further appealed to all stakeholders to appreciate the position of Government which is in the best interest of the country.

Why Federal Govt Has Kept Mute Over Sanusi/NNPC Controversy

5-Man Shortlist For 2014 BBC Award To Be Announced Today