A panel of judges declared that six articles of Togo’s 2009 press law, which were amended on February 19 by the ruling party-controlled National Assembly, were inconsistent with the constitution, according to news reports. The constitutional review took place at the request of President Faure Gnassingbe, news reports said. The decision effectively nullifies the new measures.

The amendments had granted the High Authority for Broadcasting and Communication (HAAC), Togo’s state-run media regulatory body, the power to, among other actions, summarily shut down news outlets and seize their equipment without a court order. HAAC is composed of nine members, four of whom are directly nominated by Togo’s president with the remaining five members nominated by the national assembly, according to CPJ research.

Local journalists had publicly protested the amendments by gathering in front of the presidential palace for a peaceful three-day sit-in last week. 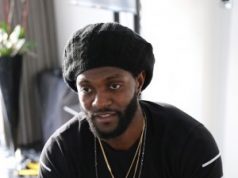 UPDATE: Encrypt the Web Report: Who's Doing What

I Was Assaulted By A Lagos Driver – Uche Ogbodo