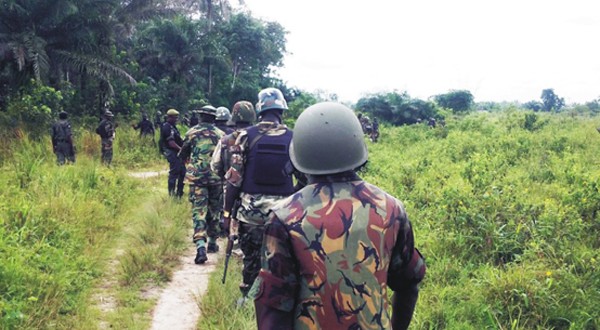 The Borno State Government has announced that fourteen more students of the state-owned Government Girls’ Secondary School, Chibok, are presently are out harm’s way following their escape from Boko Haram’s camp.

The girls had been held captive since Monday along with about 86 others with fears over their safety.

The state Commissioner for Education, Mr. Musa Inuwa Kubo, who gave an update on the abduction, said 11 of the girls escaped to a town on the Damboa/Biu Road, while the remaining three found their way to the school.

The commissioner, who has temporarily relocated his office to the school to take charge of the situation, said: “I am glad to say that fourteen (14) more students have escaped from their abductors.

“Out of this number, three are currently with me at Government Girls’ Secondary School,Chibok, the scene of the unfortunate abduction, while my Governor, Kashim Shettima, has confirmed to me today that 11 girls have escaped to a town along Damboa/Biu Road in Borno State after they escaped from captivity.

“The 11 ladies were immediately moved from the location to other parts of the state to reconnect with their families.

“The remaining 33 students in Chibok have also been moved out of the school to different parts of the state to join their families. The steps were taken to safeguard them.

“Meanwhile, with this development, we have 44 out of our 129 students at the hostel on the day of attack on the school. This means that we have 85 students yet to join us”.

Thirty students had returned from the custody of the terrorists by Thursday.

Of that number, 14 escaped from their abductors, while 16 were returned by their parents and guardians after they ran home on the day of the attack. The 16 were not abducted, he said.

The commissioner pleaded with parents/guardians whose children and wards ran home to return them to the school so “we could take proper account of our 129 students to know the number of those missing”.

85 of the abducted students are believed to still be in captivity.

Mr. Kubo said that the combined efforts of the security agencies and youth volunteers also known as civilian JTF for the intensive search “may have piled up pressure on abductors and possibly contributing to the escape of 28 students from captivity”.

He added: “We continuously pray that all our students return in good health as well as all the security agents and volunteers safely return.

“We are indeed grateful for the patriotic efforts being displayed by all those involved in the search and rescue operations. We are also very grateful to all Nigerians, institutions and governments within and outside our country for their unflinching support that has remained indelible to us in the education sector of Borno State.

“We once again call on parents and all sympathises to remain prayerful and hopeful that by the grace of God all the students will safely return to school.

“Once again, on behalf of the Borno State Government, my ministry, staff and students of the affected school, parents and relations of affected students, I very well appreciate the Nigerian and international media organisations for their most helpful support.

“I will keep updating any time there is something new which I hope will be positive”.

Shiites’ Recent Clashes Will Not Be Tolerated – Lai Mohammed

Musicians Now Leave Their Careers To Have A Baby – Noble...