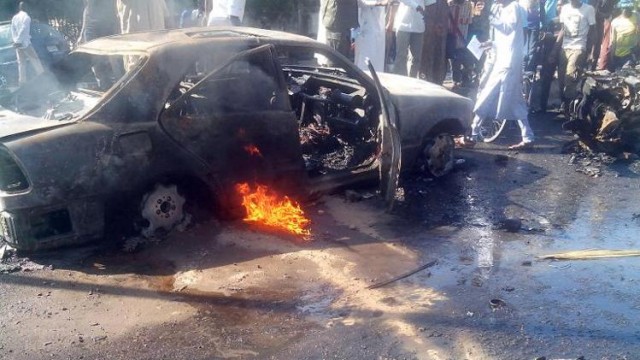 Four insurgents suspected to be suicide bombers in four Volkswagen golf cars have died in their IED laden vehicles along the Damboa-Maiduguri road, Borno State.

According to a statement by the Defence Headquarters, the insurgents were apparently heading for an NNPC facility in the area when they met their waterloo.

The explosions took place at Mule in the outskirt of Maiduguri.

Director of Defence Information, Major General Chris Olukolade said three of the four explosive laden vehicles were demobilized when soldiers manning a checkpoint along the road fired at them while the fourth one rammed into a military truck thereby resulting in explosions.

Five soldiers were confirmed wounded while it is not yet known whether there are civilian casualties.

Mourinho Could Have Endangered People – FA

Charly Boy Has A Message For Single, Worried Ladies