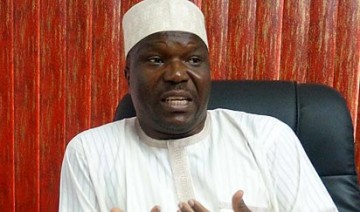 The Trade Union Congress, TUC, has recommended death penalty for public officials who steal above N1 million in order to stem the tide of corruption in the country.

TUC President, Comrade Boboi Kaigama, made this known during the fourth lecture series of the Faculty of Environmental Design and Management, Obafemi Awolowo University, Ile-Ife, Osun State on Tuesday.

While speaking on the theme, ‘Corruption and challenges in nation-building’, Kaigama stressed the need for Nigeria to stop treating the issue of corruption with kid gloves, adding that leaders had no reason not to declare their assets.

He said, “If the governments and legislators are truly sincere about the fight against corruption in the country, they must go tougher. Any public official, whether at the state or federal level, should be executed. Killing them after confirmation of any embezzlement allegation of more than N1m will lead us to the right path.

“I sincerely recommend an active process of legislation that would support that. It would also serve the nation well to have a law which not only provides for every public office holder to declare his assets on assuming office, but also stipulate that he must repeat the exercise each subsequent year that he is in office and not later than one month after vacating the office. Such declaration should be in at least three newspapers and not just to the Code of Conduct Bureau”.

He also decried the deliberate weakening of the Economic and Financial Crimes Commission as well as the Independent Corrupt Practices and Other Related Offences Commission.

In his remarks, the Vice-Chancellor of OAU, Prof. Bamitale Omole, said the war against corruption required a collective effort, stressing that “countries all over the world have different times along their developmental journeys stared this behemoth squarely and fought it (not to talk to it) with their might collectively”.