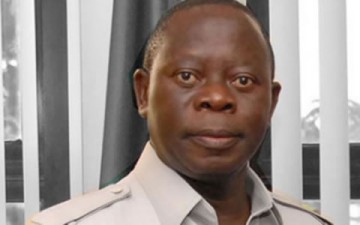 An aide to Gov. Adams Oshiomhole of Edo State, Mr John Akhigbe, said on Sunday that the governor had not picked a successor to take over from him in 2016.

Akhigbe, a Senior Special Assistant to the Governor on Protocol, said this in an interview with the News Agency of Nigeria (NAN) in Benin.

But Akhigbe said the governor was a democrat who believes that the choice of the next governor should be made by the people.

“The governor has consistently maintained that it will not do the state or anybody any good to be discussing what is over two years away.

“So the governor has not anointed anybody because he has not said anything and I don’t think the governor I know will anoint anybody.

“He has told us that the leaders of the party will decide and the leaders have not yet decided.

“He has also said it is not time for 2016 and that people should reason with us that governance is more important to Edo people than the person who will be governor in 2016.

“We have all agreed that the idea of succession should be laid to rest for now,” he stated.

On the alleged over bearing influence of the governor, Akhigbe said: “How can he be influencing the running of the party?”

“They have also blamed him for being responsible for the misunderstanding in the party because he (Oshiomhole) wants to build his political structure.

“In fact, the governor does not believe that you must build a structure to be able to get a position politically.

“He believes the structure that you should build is building yourself in the heart of the masses.

“Those who are making these allegations are the ones who want certain persons in a particular positions”.

Akhigbe, however, told NAN that efforts were being made to resolve the misunderstanding in the party.

“I can tell you that the governor, being a democrat, has been making moves for the aggrieved to state their grievances.

“If you have a child that is aggrieved in your home, you must call the child to know what is happening.

“If you find out that the child has good reasons, the best you can do is to pacify him or her.

“So the party has made a move and even the governor himself has called them to hear their own side of the story,’’ he said.

NAN recalls that the Edo APC had been embroiled in crisis over the conduct of ward and local government congresses in the state.

The crisis had led to some some key members of the APC led by the South-South Vice chairman of the defunct ACN, Mr Osazie Ize-Iyamu, quitting the party. (NAN)