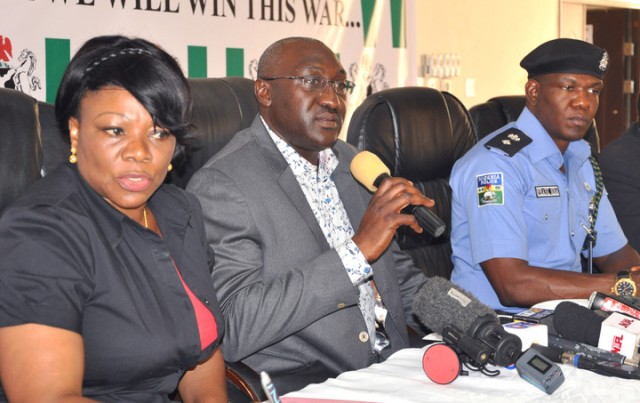 The Coordinator, National Information Centre, Mr Mike Omeri, said on Wednesday that soldiers killed one of the suspected bombers of EMAB Plaza in Abuja and arrested another.

Omeri told newsmen in Abuja that the attackers came on a power bike and planted an Improvised Explosive Device (IED) by the entrance of the shopping mall.

He also confirmed the death of 21 persons and 17 others injured in the blast which also damaged several vehicles.

NAN gathered that the suspects, who attempted to flee the scene of the incident, were shot and arrested by personnel of the Guards Brigade on patrol duty in the area.

One of them later died from wounds sustained from gunshots while a bag containing IEDs was also recovered from the suspects.

FCT Minister Bala Mohammed gave an assurance during a visit to the Maitama hospital that the Federal Government would foot the medical bills of the victims.

Mohammed advised residents to be very vigilant at all times and report suspicious movements to security agencies for prompt action to check such attacks.

Pogba Is Fighting For France’s Success Too – Tolisso

Tinubu Made The Impossible Happen – Fashola