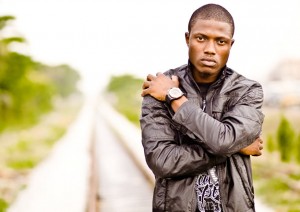 Nigerian rapper, Vector has manned up and is admitting he’s wrong in the case between himself and his former record label.

His upcoming project, #A7 billed to drop this month, the rapper has resolved the widely-publicized feud between him and his former record label, YSG Entertainment.

Read his open letter below: –

I hope this meets you all well.

It is no secret that the last 12 months have been the most turbulent of my music career. With regards to the lingering issues about which I have been mute, I, Olanrewaju Ogunmefun popularly known to you as Vector Tha Viper, wish to state the following;

1. YSG Entertainment Ltd without any doubt, gave me the platform to show case my talent to the world.

2. it’s true we had misunderstandings on issues concerning my engagement with them.

3. There’s an existing Federal High Court injunction preventing me from doing what I love to do and this serves me and my fans no good. However, we have entered into a settlement to have the injunction lifted.

4. That by reason of irreconcilable differences, my Record Contract Agreement withYSG Entertainment Ltd has been aborted. That being said, in the spirit of good faith and a show of unreserved commitment to settle these issues amicably out of court, I have sought and obtained permission from the label to pay off the discounted recoupable expenses as contained in the Terms of Settlement in this regards.

I would also like to apologize to the management of YSG Entertainment Ltd for any embarrassment occasioned by my conduct and whatever damage it may have suffered as a result of the slander and libel as portrayed by the media in this regard. These issues were exaggerated by the media as I hold YSG Entertainment Ltd in high esteem. I also appreciate the leniency afforded me by discounting the recoupable expenses for me.

I wish the company well in all their endeavors.

Empress Njamah Shares Photos From Her Shopping Spree In UK