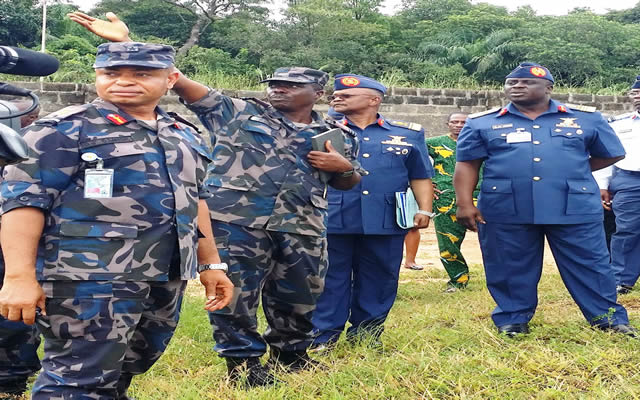 The Chief of Air Staff, Air Marshal Adesola Amosun, on Saturday charged military personnel to always be prepared for deployment at any time as the nation was passing through trying times.

Amosun gave the charge at the quarterly 10km “Route March” in Abuja.

Represented at the march by Air Vice Marshal Abba Zannah, the Chief of Policy and Plans, Amosun said the “will” of insurgents to fight must be broken.

He, however, said this must be done in a professional manner.

The News Agency of Nigeria reports that the 3rd quarter exercise was jointly carried out by personnel of the Nigerian Navy and Air Force.

“We have troops out there fighting the insurgents and believing a course and morale are two very important factors for victory in battle.

“For the troops out there to know that they have enough troops at the home front prepared to support them, it has a way of enhancing their morale to fight”, he said.

Also, the Chief of Naval Staff, Admiral Usman Jubrin, charged the personnel to be ready for deployment “in support of national security objective”.

Represented by Rear Admiral Johnson Olutoyin, the Chief of Administration, Jubrin said the keep fit jogging was one way of preparing the personnel to combat the insurgents and engage in other operations.

NAN reports that the 10km walk took off from the Mogadisu Cantonment at Asokoro, Abuja, through AYA roundabout to Niger barracks and back to the Cantonment. 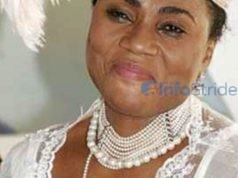 Andy Murray to challenge Nick Kyrgios in the 2015 US Open...