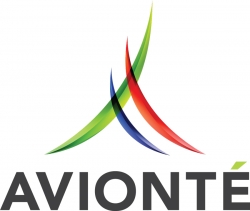 Eagan, MN, October 03, 2014 –(PR.com)– Avionté was recently announced as a finalist for the annual Tekne Award, presented by the Minnesota High Tech Association (MHTA). The Tekne Awards recognize Minnesota tech-based companies that play a significant role in discovering new technologies to educate, improve lifestyles, and impact the lives and futures of people living in Minnesota and all over the world.

“It’s an honor to have been selected as a Tekne finalist,” said CEO of Avionté John Long. “Our company has always placed a high value on client success, and we’re continuously adding new features and developments to our staffing software with our end users in mind. Placing as a finalist for this award just gives me further confidence that our product is truly making a difference in a positive way.”

Since its formation in 2005, Avionté has experienced high growth and early success and has become a leading staffing software provider by focusing on people and processes and by placing a high value on client success. In fact, Avionté clients using the software’s web portals and core functionality are growing at a rate three times the industry average.

“For fifteen years, the MHTA has honored the technological innovators of Minnesota,” said President of MHTA Margaret Anderson Kelliher in an article announcing this year’s finalists. “We’re delighted to see such a fantastic display of technological advancements this year and are proud to shine a light on our state’s outstanding science and technology industry.”

Avionté was nominated along with two other Minnesota-based technology companies in the award’s software category. Recipients of the 2014 Tekne Awards will be announced at the Tekne Awards ceremony, which will be held on November 13, 2014 at the Minneapolis Convention Center.

About Avionté
Avionté Staffing Software provides innovative staffing technology solutions to the human resources industry throughout the U.S. and Canada. Founded in 2005, Avionté offers innovative front- and back-office software solutions with a strong focus on service and client relationships. Avionté reports record growth year-over-year and has been recognized by Inc. on its 5000 Fastest-Growing Private Companies list, its Hire Power Award list, and other awards lists.

About Minnesota High Tech Association (MHTA)
MHTA is an innovation and technology association united in fueling Minnesota’s prosperity. The association helps bring together the people of Minnesota’s technology ecosystem and leads the charge in directing technology issues to Minnesota’s state capitol. MHTA is the only membership organization that represents Minnesota’s entire technology-based economy. Its members include organizations of every size − involved in virtually every aspect of technology creation, production, application and education in Minnesota.

Nigeria At Cross Roads, Nobody’s Sure Of What To Do –...

Mankind Needs You To Add Value To The Society