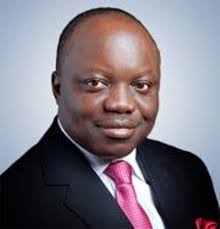 Delta State Governor, Dr. Emmanuel Uduaghan declared  that his ambition to represent Delta South Senatorial District in the National Assembly is fuelled by the need to enable oil producing communities have 10 percent equity participation in oil companies operating in their areas.

Speaking while addressing a meeting of  the Executive Committee of the State’s Peoples Democratic Party (PDP) attended by aspirants and leaders of the party at its secretariat in Asaba, Governor Uduaghan said that he was determined to ensure that the Niger Delta region was no longer shortchanged.

Dr. Uduaghan promised to pursue with vigour the participation of oil producing communities in their naturally given resources to address years of neglect and insensitivity to their plight by the oil companies.

The Governor said he has demonstrated the spirit of sportsmanship in the pursuit of his senatorial aspiration, promising to embrace his opponents should he win or loses as politics, to him was not a do-or-die affair.

Governor Uduaghan dismissed allegations of imposition and manipulation of the ward delegates lists leveled against him by some leaders of the party, pleading with aspirants to shun mudslinging and falsehood as well as acts capable of inciting members of the party against one another.

Meanwhile, the expanded Executive Committee meeting of the State’s PDP , attended by leaders and aspirants on Friday elected Chief Edwin Uzor as Acting State Chairman of the party as  well as affirmed its position in the harmonized list of ward congress of each local government areas as reached by leaders and elders of the party in the State.

READ  2,422 Coronavirus Cases Have Refused To Be Admitted At Isolation Centres – Lagos

Governor Uduaghan who is the leader of the party in the State, charged the acting chairman  to  be firm and steadfast particularly in this period of the primaries to guarantee a level playing field for all aspirants.

The Governor explained that  Uzor was elected following the resignation of the former chairman, Chief Peter Nwaoboshi who left to pursue a political ambition, explaining that the acting chairman would be in charge pending the conduct of State congress to elect a substantive Chairman.

Speaking shortly after his election, Chief Edwin Uzor who was the state PDP Auditor, pledged to carry everyone along and give support to Dr Uduaghan’s Administration particularly his three point developmental agenda.

Highlight of the meeting was the motion by Chief Nwaoboshi for the retention of the ward delegates list without alteration as prepared by the elders and leaders of the party.

The motion for the retention of the list which the Executive committee said will be used for all the primaries was seconded by the Majority leader of the state House of Assembly Hon. Monday Igbuya.

Unai Emery’s Sack Is In The Past Now – Joe Willock