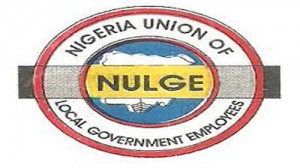 Lagos State Governor Babatunde Fashola has said the people of the state have been a major stumbling block on the government’s way, in its bid to deliver projects on schedule.

Explaining the constraint, the governor noted that residents have allowed their personal interest to override public interest in the state, lamenting, “this impedes the state government’s effort to deliver projects that would improve the standard of life.”

“Last night, I got a report that some group of residents have gone to seek court order to stop the state government from building ferry terminal in Osborne.

“This was the ferry terminal that is almost completed and the court without hearing the state’s argument, gave injunction that the contractor should leave the site.

“I think that we will continue to have this issue in a democratic system to balance the interest of few people against million others.

“We were trying to build pedestrian bridge at Iyana-Ipaja axis of the state, a resident took the state government to court, and alleged that the users of the bridge will be looking into his house,” Fashola said.

Ulreich Is Doing An Oustanding Job For Bayern Munich – Neuer

I Did Not Bite Beyonce’s Face At Any Party – Sanaa...

Buhari’s Workload Has Not Been Reduced – Garba Shehu