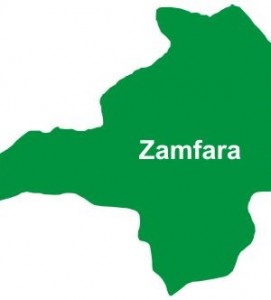 As the country battles to ensure there is enough money to fund its budget next year, due to the effect of declining global oil prices on the country’s revenue, Governor Abdulaziz Yari of Zamfara State has called for increase in taxes by the three tiers of government as part of measures to get out of the current situation.

Yari said this yesterday, in Gusau, the Zamfara state capital, during a day sensitization workshop on taxpayer identification number.

He explained that the current fall in oil prices should compel governments at all levels to think of how to generate revenue for its normal activities and he sees upward review of taxes as one way.

Yari, who was represented by the Permanent Secretary and Chairman of the Internal Revenue Board, Alhaji Mustapha Isah, stressed that there was the need for those in government to look inwards by placing more emphasis on taxation.

The governor stated that individuals and organizations should start thinking of paying their taxes as the only way out of the current economic situation.

Secretary of the Joint Tax Board (JTB), who also spoke at the event, Alhaji Lawal Abibakar, said that about 30 states in the country had not faired well since the cash crunch caused by the fall in oil prices.

The JTB Secretary, who was represented by a director of the board, Hajiya Zainab Gobir, however, commended the management of the state Internal Revenue Board for its efforts to increase revenue generation in the state.

Why Power Supply Has Been Stable Since Buhari Became President –...