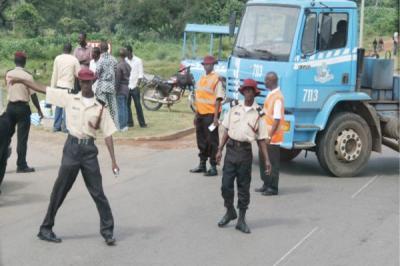 The Benue Command of the Federal Road Safety Commission has deployed its personnel to major highways in the state, to ensure order on the roads during Christmas, the Sector Commander, Habu Dauda, told the News Agency of Nigeria on Thursday in Makurdi.

He said that all officers on leave have been recalled to ensure adequate coverage of the various routes across the state.

He said some of the regular and special marshals would embark on special foot patrols to monitor road users and ensure compliance with traffic rules.

The commander said all patrol vehicles in the six units under the command have been fully equipped, while the officers had undergone training in handling emergencies.

Dauda commended the Benue State Emergency Management Agency for providing first aid kits to the command, as part of collaborative effort between the two agencies.

He said the focus would be on the road worthiness of vehicles, tyres life span, use of cell phones while driving, seat belts, over-speeding and over-loading.

The commander, therefore, advised motorists to drive with care and moderation in order to stay alive.

UK Businesses All Talk And No Action When It Comes To...