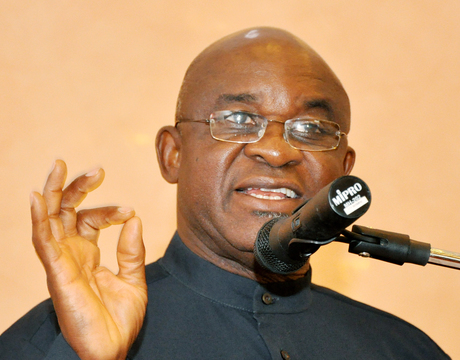 Senate President David Mark on Friday assured that adequate steps would be taken to guarantee financial autonomy of local governments in future.

He gave the assurance when he received the resolutions of state Houses of Assembly on the constitution fourth alteration bill in Abuja.

The senate president advised Nigerians not to entertain any fears if the state Assemblies failed to summon the courage to vote in favour of local governments’ autonomy this time around since constitution alteration is a continuous exercise.

“I have not read the areas that you have got more than the required percentage, so I can’t make comment on it but the Speaker of Akwa Ibom State said that one of state legislature (financial autonomy for state Assemblies) has passed the required test”, he said.

Mark also urged Nigerians to be prepared to obey the constitution at all times so as to make it effective.

He said, “I think that was one of the areas where in the first amendments that the state assemblies did not have the courage to do it but I must congratulate you for the courage.

“One of the areas which I think we ask you to approve is the local government autonomy.

“I don’t know if you had the courage to do that, but if you did not pass it, no problem, it is a continuous exercise.

“I was talking to the incoming governor of Imo State (Deputy Speaker House of Reps, Emeka Ihedioha) and I said well if that is not passed he should be rest assured that we will pass it before we all leave the National Assembly but I want to congratulate you.

“Two months ago, we handed the resolutions from the Senate and the House of Representatives and we told you in clear terms that we went round this country, asking Nigerians to express their views on the areas in the constitution that they want some amendment or change.

“Many Nigerians were of the opinion that we were not going to make any amendment in the Seventh Senate and in the Seventh democratic dispensation but having returned it to us now you have made our work very easy regardless of the ones that have met the constitutional requirement for amendment.

“The most important thing is that you have been able to do your work as quickly as possible. I want to assure you and assure Nigerians that we in the National Assembly will also act very swiftly and we will do our own work as timely as possible”.

Cameroon Is Not Under Pressure Ahead Of Nigeria Clash – Seedorf

I Am Not Perfect – Frank Artus