2015: All APC Presidential Aspirants Will Be Given Level Playing Ground, Says Fashola 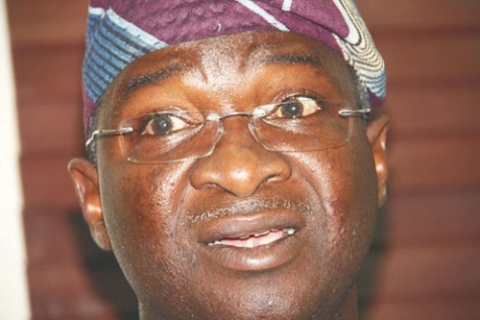 On the backdrop of speculations on who becomes the presidential candidate of the All Progressives Congress (APC) in the 2015 general elections, Governor Babatunde Fashola (SAN) of Lagos State yesterday cooled down the talks, saying all aspirants will be provided with a level playing field to vie for the highest office in the land.

Fashola, a respected member of the party, who has also been touted as good presidential material, spoke when students of Royal College of Defence Studies in the United Kingdom led by Rear Admiral Jonas Haggren, paid him a courtesy visit in his Alausa office.

He said, “There is nothing unusual in the emergence of the presidential candidate for APC. It will be an open activity with a high level of accountability. I believe everyone who has aspirations will be given a fair chance to express and ventilate that aspiration, subject to the rule of politics that we are all aware of, that is, votes, persuasion, lobbying and others. Nothing unusual will happen. There will not be anything done in secret”.

See also  Adamawa Guber: ‘If Anybody Tries To Cheat Us, We’ll Be Worse Than Hell’

Speaking on the current wave of insecurity in the land, Fashola noted that it is a threat to national life, expressing optimism that the country will soon overcome the security challenges it is currently grappling with.

He said, “It is not only a threat to the electoral process, but also to human existence and business activities. I believe that we will be done with this in a short time, specifically in a way that it will not impede the ability and desire of Nigerians to make a choice at the next election.

“Every election brings up the contest of ideas and opportunity to make a choice either to keep the incumbent government or to elect another party to govern the country. And I do not think that it will be different in Nigeria next year”.

On human capital development in the country, the governor affirmed that it was the most important resource of any nation.

I Thank God For My New Age – Mompha

Messi Takes Over From Ronaldo