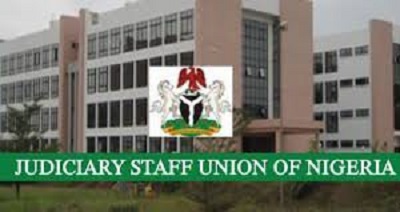 The Kaduna State Chairman of Judiciary Staff Union of Nigeria (JUSUN), Comrade Murtala Aminu, has solicited the support of all Nigerians to the nationwide strike embarked upon by the union.

Aminu made the appeal when he spoke to newsmen in Kaduna on Monday while on a monitoring mission to enforce the strike.

He said that the action was meant to enhance access to justice in the country.

Aminu said the strike was also meant to ensure total independence of the judiciary from its current dependence on the executive.

The News Agency of Nigeria (NAN) reports that all courts in Kaduna metropolis were shut as the workers remained at home in compliance with the directive by the JUSUN national executive council.

He said that such dependence was contrary to the provisions of the constitution and a subsisting court judgment on the issue.

Aminu said that an independent judiciary will guarantee access to justice for all Nigerians.

He said this is because such independence would ensure proper equipping, training of staff and fast track disposal of pending cases.

Aminu said the strike was “total” across the state, adding that members of the union would not return to work until all their demands were met. (NAN)

I Still Trust In The Project At Manchester City – Gabriel...

Nigerians Are Looking For Good Roads And Electricity – Abdulaziz Yari