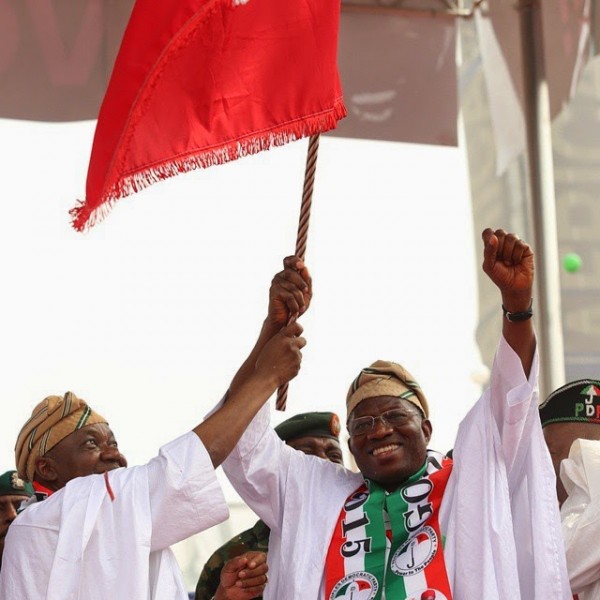 The presidential candidate of the All Progressives Congress (APC), Gen Muhammadu Buhari, yesterday, warned Nigeria not to vote the People Democratic Party (PDP) in the February 14 election if they want Nigeria to change.

The former head of state, who said this in Akure, the Ondo State capital, during his rally, told his supporters that the PDP had nothing to offer and therefore needs to be voted out.

“This is the time for change. The APC government will give employment, deal with corruption and invest the money to develop education, build, equip schools and train teachers,” Buhari said.

“We will also look into the problems of the armed forces, train and equip them.”

The presidential candidate therefore appealed to the APC supporters to ensure they collect their PVCs in order for them to be able to vote out the PDP in the coming election.

National Leader of the party, Asiwaju Ahmed Tinubu, who also spoke at the rally, said what the APC is out to do is “a common sense revolution”, noting that Nigeria has been in bondage for over 60 years.

“What we have been seeing is transaction not transformation,” he said, accusing the government of failing in all its promises to Nigerians.

I Was Never Tempted By Manchester United – Arsene Wenger

Attack On Jonathan: Obasanjo Should Graciously Fade Away – Bode George...