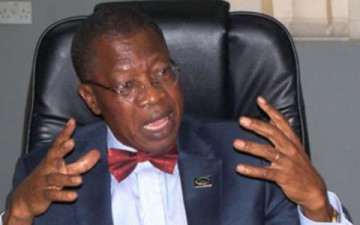 The opposition, All Progressives Congress has raised an alarm over a fresh plot by “desperate politicians” to circulate leaflets in mosques and churches, asking Muslims to only vote for Muslims in the forthcoming elections.

The APC, in a statement in Lagos on Thursday by its National Publicity Secretary, Alhaji Lai Mohammed, said the plot was in line with the track record of those who had consistently used religion to divide Nigerians in order to feather their political nest.

“They are hoping that by further inflaming passion with the highly emotive issue of religion, they can revive their shrivelling political fortunes. That is why they have devised the latest strategy of pitching Christians against Muslims through the circulation of satanic leaflets. Nigerians should not be taken in by this cheap plot”, it said.

APC reminded Nigerians of the most recent attempt to use religion as a tool to win votes, citing the case of Vice President Namadi Sambo, saying the PDP had more Muslims than the APC, and that Yomi Osinbajo, the APC Vice Presidential candidate, is a pastor, who runs 5,000 churches.

“It must baffle every right-thinking Nigerian what the Vice President of the Federal Republic of Nigeria stands to gain by his resort to base instincts. It is more baffling against the background of the fact that it was his party, the PDP that first labelled our party, the APC, a Muslim party.

“Not even when the APC elected a Christian as its National Chairman, supported by many party officials, who are also Christians, did they back off from their incautious claim. It did not occur to them that our party is more religiously diverse than they have sought to portray it to Nigerians”, the party said.

It said while the APC had been campaigning on issues of relevance to Nigerians, “including how Nigerians would be put back to work, how the citizens would be better protected, how they would be weaned from their forced dependence on electricity generators and how the party’s governors have delivered the dividends of democracy in their states, those on the other side have been trading in negative and inciting campaigns of the most primitive kind”.

APC added, “We ask Nigerians to disregard anyone peddling religion as a tool for securing votes in any part of the country. Faith is a personal thing to individuals and no responsible government will seek to use religion to divide the people”.