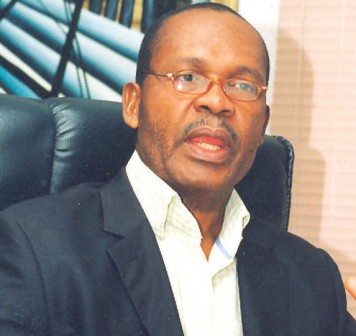 The Lagos State chapter of All Progressives Congress (APC), has accused the ruling Peoples Democratic Party (PDP) of using the police and other federal agencies against its candidates and supporters.

He alleged: “Like a thief in the night, they have waylaid our supporters, humiliate, intimidate, maim and even kill them. We are appealing to the law enforcement agencies to rise up to the occasion before it is too late.

“On Thursday, January 22, 2015, in Agege, an APC supporter, Mr. Eyitayo Peter, was shot dead while Lanre Ogunjimi sustained serious injuries after a brazen attack by the supporters of Niyi Raheem, a House of Representative candidate of the PDP.

“The matter was reported at Elere Police Station and till now, we are yet to get a clear picture of what transpired on that fateful day. The human rights community in that area has asked the police to unravel the killers of Eyitayo without success”.

The Lagos APC spokesman also recounted another incident allegedly involving PDP and one of the party’s candidates without any caution from the police.

He said: “Recently, we witnessed another display of impunity and lawlessness when our governorship candidate, Akinwunmi Ambode grassroots supporters at Musan Okunola Local Council Development Authority (LCDA),  who were on a door-to-door campaign, were attacked, leaving more than 10 vehicles damaged and scores  injured.

“On Sunday, February 1, 2015, Mr. Segun Adewale, the PDP senatorial candidate for Lagos West, led armed thugs and supporters to the Ikeja office of the APC candidate in the same zone, Solomon Adeola Olamilekan (aka Yayi), and fired shots and in the process, destroyed the rear windscreen of Yayi’s Toyota Land Cruiser and other property”.

Igbokwe alleged that the incident was an assassination attempt on the senatorial candidate.

The APC spokesman said the PDP candidate, however, claimed that he went to complain to Yayi because his campaign materials were being removed by the latter’s supporters.

“This matter has been reported to the Lagos State commissioner of Police and we are waiting police for action”, he said.

At the press briefing, where he was flanked by some APC chieftains, Mr. Igbokwe also berated the police on its comment against the Lagos State Signage and Advertisement Agency (LASAA), in which the Commissioner of Police, Mr. Kayode Aderanti, threatened to arrest LASAA officials, who attempt to remove any illegally pasted political posters.

He said the threat emboldened PDP members and their supporters to commit more acts of impunity, thereby making LASAA and other advertising agencies to lose contracts worth billions of naira.

In its reaction, the Lagos PDP debunked the allegations, saying it was the ruling APC in the state that was provoking and heating up the polity unnecessarily.

The party’s position was conveyed by its spokesman, Mr. Taofeek Gani. “APC is the ruling party in the state and has all the government apparatus working for it. The APC is only crying wolf because it seemed to be losing relevance”, he said.

We Were Solid Against Barcelona – Fabregas

Giving Back Is Good Business