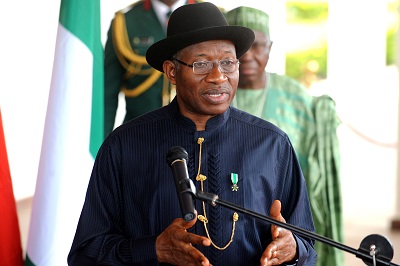 Senate President, David Mark, has declared that President Goodluck Jonathan saved the nation from monumental crisis and violence by conceding defeat in the March 28 presidential election.

In an address read on the floor of the Senate to welcome his colleagues from the election recess and Easter break, Mark said that Jonathan’s action not only saved Nigeria from a possible crisis, but also added value to the growth of Nigeria’s democracy.

“Nigerians have through the outcome of the election proved to the world that the country has laid a solid foundation for democracy to thrive.”

Mark stated that through the outcome of the elections, Nigerians, “have greatly disappointed doomsday prophets who predicted disaster and even a possible break up of our country.”

“I consider it imperative at this point to share my thought with you. The beauty of every contest is in participating. Sometimes we win and sometimes we lose. It is the same with every election.

“Whichever way it goes, as long as it reflects the wishes of the people, and it is in the best interest of Nigeria and Nigerians, we must learn to accept the outcome in good faith.

“In this regard, I would like to commend the maturity and sportsmanship displayed by President Goodluck Jonathan, who willingly conceded defeat and immediately congratulated the president-elect, Major-General Muhammadu Buhari, even before the Independent National Electoral Commission (INEC) announced the result.”

Mark also urged his colleagues to use the remaining weeks left in their tenure to conclude what may be outstanding in the current legislative calendar in order to give the incoming parliament a solid foundation to build upon in the service of the country.

Lake Chad Is The Epicenter Of Human, Animal And Plant Life...