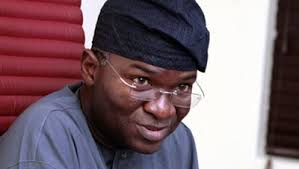 Chairman of the Silverbird Group and Senator-elect, Ben Murray-Bruce has continued his call for change on twitter, calling on the incoming government to partner with Lagos on how to help other Nigerian States to increase their internally generated revenue and reduce dependence on the federal government.

“For our economic survival, FG must partner with Lagos and ask both Tinubu and Fashola to mentor all other states on how to increase IGR,” he wrote on microblogging site Twitter.

He also took time out to reply those who have been criticizing his tweets, saying he might not have given free meals or handouts, he has provided jobs for 1,000 Nigerians.

Somebody tweets me asking what I’ve done for masses! God blessed me to set up businesses that employ 1000 Nigerians & give joy to millions!

Murray-Bruce continued his charge against bloated allowances for legislators and also hit out at governors.

It’s unacceptable for a Gov who inherited a surplus from his predecessor to leave debt for the incoming Gov and still want pension for life.

Never in the history of nations has so much been taken by so few from so many as Nigeria. The Nigerian elite sponge off the Nigerian masses!

Google it, a Gov who hadn’t paid workers salary for months budgeted almost 20 billion for his office. Even colonial masters won’t go that!

Austerity is here and we want workers to bear the brunt. Did we ask them to enjoy the largesse when we had prosperity? #Nigeriamustchange

The Silverbird boss also wondered why legislators and even the Chief Justice of Nigeria cannot live in their own houses.

Why cant VP, Senate President, Speaker, CJN live in their own houses saving Nigeria tens of billions annually to build houses for the poor?

Why must we pay huge furniture and other allowances to Legislators? We are collecting RICH allowance for representing POOR people!

Homeless masses everywhere in Abuja, yet no African city has as many unoccupied mansions as Abj cuz corrupt elite build what they dont need!

Murray-Bruce who will from May 29 become a member of the 8th Assembly representing Bayelsa East Senatorial district, advised Nigerians to be wary of people who cannot successfully run their own business. “In future elections, Nigerians must note that those that cant make a success of their business will make politics their successful business.”

I Was Not One Of Those That Booed Buhari – Dino...