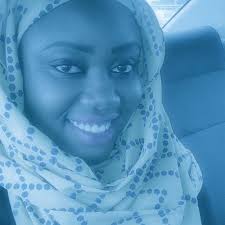 The daughter of late politician MKO Abiola, Rinsola Abiola has been appointed member of the All Progressives Congress (APC)’s Board of Trustees along the other two young persons.

The young politician who was very active during the electioneering campaign of President Muhammadu Buhari announced her appointment on twitter.

“Hello, all. I, Rinsola Abiola, have just been officially appointed as a member of the #APC Board of Trustees. #YouthInclusion,” she wrote on twitter.

The ruling party appointed Rinsola at its National Executive Council meeting which held today. But she was not the only young person appointed as member of the BoT. Others are Ismail Ahmed and Jasper Azuatalam.

Speaking on the outcome of the meeting, the APC National Publicity Secretary, Alhaji Lai Mohammed said the NEC meeting had provided an enabling environment to resolve the logjam occasioned by leadership positions in the National Assembly.

According to him, the party’s governors would meet Senate President Bukola Saraki and the Speaker of the House of Representatives, Mr Yakubu Dogara in “a further attempt to find a lasting solution”.

He added that the NEC meeting agreed on two key issues, including “the supremacy of the party” and the need for the government to work and deliver its campaign promises as encapsulated in the change that the APC promised.

Hours earlier, Rinsola Abiola had raised the latter issue on twitter in reaction to recent Boko Haram attacks, particularly the one at Kakuwa, Borno State, where 97 peoplewere killed.

“There’s the risk of the people losing faith in government. People voted change so news of attacks may stop, we have to live up to that,” she wrote.

“Yesterday alone, 97 people died in Kukawa. How do you tell their families that “we are working on it”? How do you ask for “more time”?

“The president has made it clear the security is THE priority and something that went on for so long won’t stop in a day, but we’re tired…”

When ISIS killed that Jordanian pilot, the King led an airstrike against them.