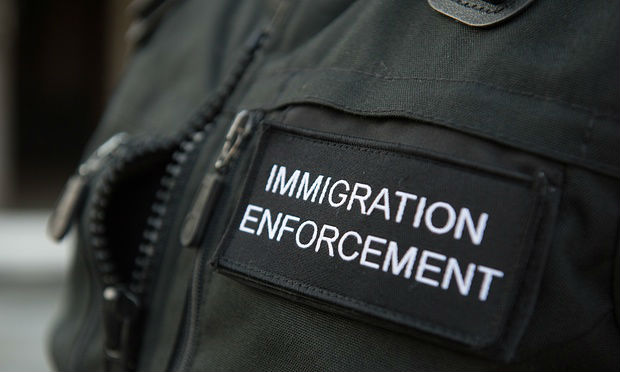 Nigeria’s government is coming under pressure from the Home Office to help pave the way for the deportation of an estimated 29,000 Nigerians believed to be living in Britain illegally, according to one of its most senior diplomats.

Olukunle Akindele Bamgbose, acting high commissioner to the UK, said his embassy was being asked to help remove people who were sick, had immigration appeals outstanding, had no ties to Nigeria after living for many years in the UK and who in some cases were not even Nigerian.

“It’s a big issue for us here at the embassy,” he said. “There are cases where people have been here for decades. Some of them are not even Nigerian: they came to Britain on false passports originally but the UK want us to accept them back to Nigeria.”

Bamgbose said people should be fit to fly and have finished the legal process before the high commission would provide them with travel documents. “We are setting conditions because we have to protect our citizens.”

The Home Office declined to respond to Bamgbose’s claims, saying it did not comment on specific operational details or nationalities. A spokesperson added: “Those with no right to be in the UK should return home. We expect people to leave the country voluntarily but, where they do not, immigration enforcement will seek to enforce their departure”

The drastic move was unveiled to when the Nigerian vice-president, Yemi Osinbajo, visited the UK in October, the Guardian understands. It represents a significant ramping up of the UK government’s commitment to remove people it says have no right to be in the country. There about 1,000 removals to Nigeria a year.

The government recently outlined new legislation that will make it harder for people to live and work illegally in the UK, including forcing banks and landlords to carry out checks on immigration status. The immigration bill going through parliament will give police the power to seize wages of people without the right to work.

The “deport now, appeal later” policy has so far applied only to those being deported because of criminal convictions, but the home secretary, Theresa May, has promised to expand it to all immigration appeals. This will mean that people will be able to appeal against the decision to remove them only after they have been sent back to their country of origin. The only exceptions would be where there was a risk to the person’s life, such as in asylum cases.

In September, dozens of Nigerian care workers were arrested in immigration raids across London. Some had worked in the UK for more than a decade. They were taken to removal centres for allegedly overstaying their visas.

The plan to remove larger numbers than usual was discussed when Osinbajo visited Britain the following month. The issue was also debated in the Nigerian parliament, with MPs asking the diaspora and foreign affairs committee to summon the British high commissioner to Nigeria to explain the reasons behind the policy.

Bamgbose said his government wanted its British counterpart to take into account people who had lived in the UK for a long time. “If you have built a life over three decades and have children in the UK what purpose will it serve to deport you to Nigeria? You will have no work, no family, you will be destitute. Each case should be decided on their own merits,” he said.

The next chartered removals flight to Nigeria is scheduled for 24 November. One of those detained in preparation for that flight is 44-year-old Chioma, who has been in Britain for 21 years. She spoke to the Guardian from Yarl’s Wood immigration removal centre.

“My auntie brought me here to take care of her children when I was 23. But when I came, what she told my parents is not what I was doing. She was using me as a prostitute and I didn’t like it so I had to run away.”

With help, Chioma managed to get temporary leave to remain in the UK for three years. When that ran out an extension was refused. She has been working for five years as a care worker and paying tax. She is afraid of what waits for her in Nigeria after so long.

“I have never taken any benefits from this country, and I have been working just to survive. I don’t know where to go because Nigeria has changed. Where am I going to go after 21 years?” she said.

There are fears among Nigerians in the UK that many of those picked up by the immigration crackdown will have come to the country legally and be tightly knitted into their communities. Jon Hughes, editor of the Nigeria Watch newspaper, said many people being removed had simply made errors in not applying for the right to stay legally.

INEC And Security Agencies Should Sign Peace Accords Before Elections –...

How Saeon Paid Wizkid 1.5 Million To Feature Him and Didn’t...