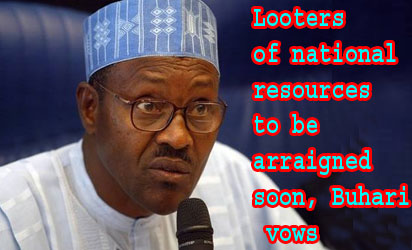 President Muhammadu Buhari’s anti-graft campaign is bound to offend many, the Presidency has declared.

The Presidency also pointed out that in prosecuting the anti-corruption war, big toes would be stepped on and personal interests cast aside.

Senior Special Assistant to the President on Media and Publicity Mallam Garba Shehu stated this in Kaduna State yesterday at the opening of a three-day retreat for State House correspondents.

The retreat, organised by the Presidency and hosted by the Kaduna State Government, has as its theme, “Journalism and the Change Mantra: The State House in Focus”.

Mr. Shehu maintained that the media could help Buhari to win the anti-corruption war, describing the fifth realm of the estate as one of the government’s most lethal weapons in the battle against the forces aiming to pull down Nigeria.

The presidential spokesman, who said the days of impunity were gone, urged the media to use its power to expose wrong-doing, adding that Nigeria now had a government with the will and capacity to right all wrongs.

He said: “President Buhari has embarked on an anti-corruption campaign that is bound to offend many. Big toes will be stepped on, personal interests will be cast aside. As the popular saying goes, when you fight corruption, corruption fights back. Yes, anti-corruption is a war. And the press can help President Muhammadu Buhari to win that war. You (the press) are one of the government’s most lethal weapons in this battle against the forces that aim to pull down Nigeria.

“The power of the media, if they have any power at all, lies in their ability to expose wrong-doing. This power of exposure is a far more effective deterrent in many countries, including our own, than the court systems that deliver judgment and not necessarily justice. If they know that they will be exposed, many crimes will not happen and herein lies the challenge of the media under Buhari administration. Use your power to expose wrong-doing; the days of impunity are gone. This is the best way to help the CHANGE, now that we have a government with the will and capacity to right all wrongs”.

READ  Except Social Distancing That We Already Know, PMB Has No Other Answer - PDP

Stressing the government’s need for the media to remain impartial and eschew spurious incentives in discharging its responsibilities, Shehu stated that government needs it (media) to avoid partnerships with “enemies of progress who are bent on bringing down the government, not minding if the entire country collapses while they are at it”.

Shehu said Buhari’s government was grateful to the Nigerian media for the role they played in igniting the change agenda “which has swept into Nigeria in March 2015”.

Acknowledging that the press contributed immensely to the success of the All Progressives Congress and Buhari’s “historic” election, Shehu, however, noted that that was only the beginning of the change agenda.

“This government still requires the assistance of the media to continue that process of CHANGE. President Buhari has embarked on the building of a new Nigeria, and we need all hands on deck. We can’t do it without the media. The government needs you, the press, to keep the public informed on its many activities and policies that are geared towards improving the lives of the Nigerian people according to the change agenda”, he added.

Shehu also said the country was currently witnessing a remarkable growth and development in terms of access to technology and freedom of expression.

He, however, noted that there was a “down side” to these achievements.

“Sadly, not all this free-flowing information is accurate. In fact, a good deal of it is outright false…The freedom that Nigeria’s press enjoys today did not come easy. It was won at high cost, sometimes paid for by the blood of journalists. However, freedom must come with responsibility.

“The Nigerian press has a responsibility to provide the Nigerian public with information that is factual and verified. Accuracy in journalism is essential. Accuracy must come ahead of speed. If you are not sure, hold fire. A journalist, rather than misinform the public, should hold fire. Being first to publish is not as important as being reliable”.