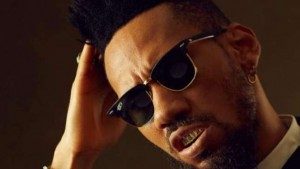 Phyno, one of the friends and colleagues of Olamide, has shown his loyalty towards the YBNL boss.

Taking to his Twitter account on Saturday, January 2, 2015, Phyno claimed to have been sleeping while the 2015 Headies held and the drama between Don Jazzy and Olamide lasted on Twitte.

In all, Phyno threw his weight behind Lil Kesh, saying he deserves to win the Next rated category.

The Leadership Of The APC Has Failed To Tackle Party Issues...

Human Parts Dealer Who Sells Skull For N20,000 Paraded By The...