Hip-hop artiste and Samsung brand ambassador, Remilekun Abdulkalid Safaru, popularly known as Reminisce, recently held the maiden edition of his brainchild, “The Street Concert.” The concert which held on the 25th of February at the Ikeja City Mall was in appreciation of his teeming fans that have stood by him since he caught the attention of Nigerian music lovers since 2008, when he featured on 9ice’s “Bachelor’s Life”.

At the concert, Reminisce, along with Mr. Emmanouil Revmatas, Director and Business Leader, Information Mobile and Technology, Samsung Electronics West Africa, and some executives of the company unveiled the Samsung Galaxy Grand Prime+, Limited Edition Pack. The device features a sturdy case design with a non-slip rear grip pattern, giving the smartphone a firm grip at all times. It also comes in a selection of stylish colours to suit customers various tastes.

Reminisce, speaking on the new product offering, said that the Galaxy Prime+ comes with really cool and exciting features that perfectly combines practicality and style.

“It takes super bright selfies even in the dark thanks to the 5 MP front camera and the front LED flash. With the Smart Switch feature, people can easily transfer from existing devices to the Galaxy Grand Prime+. The smartphone is definitely packed with awesome features making it a must have for the Grand Life,” he added.

READ  Choose a smartphone according to your budget

Featuring a 5-inch 540 x 960 quad high definition resolution display, the 8 mega-pixel on the back captures clear and sharp shots, in addition to the 5-megapixel front-facing camera. Videos are captured at 720p and played back smoothly, with focus adjusting as the scene changes. Users can easily trigger the front-facing camera with their palm or voice command. With the Multiple modes feature, consumers can also set up a wide selfie for a larger group, or create an animated GIF.

According to Revmatas, Samsung stands for quality, innovation, change, self-expression and excellence in performance.

“These same qualities are epitomised by Reminisce, whose depth of work as an artiste has made him much loved and respected among his fans and peers. It is no surprise that Samsung decided to introduce the Grand Prime+ at his concert. We are indeed very pleased to have him as the face of the smartphone”, Revmatas concluded.

With the upgraded RAM support and enhanced chipset performance and 4G/LTE, users can enjoy seamless webpage load times for a more responsive multimedia and gaming experience. Its optimal 5.0″ display is just the right size to view what is on screen for maximum enjoyment. 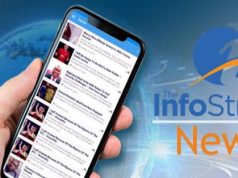 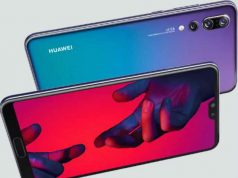 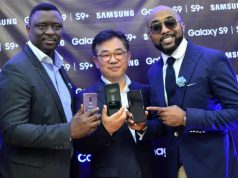 Karim Benzema Broke Up With Rihanna Because Of Chris Brown?