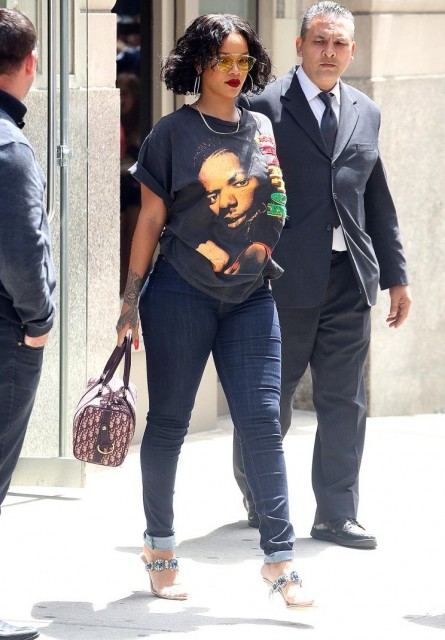 A slim body is celebrity currency, so when a star gains weight, it’s usually not a great career move. Except if your name is Rihanna.

Just like any other woman on the planet, Rihanna’s weight has fluctuated over the years. In August 2015, when the star appeared curvier in Carnival photos taken in her native Barbados, the Internet decided she looked “better than ever before.” And a year later, when she hit the stage for her “Anti-World Tour” with a few extra pounds, fans called her new shape “amazing.”

Not all celebs get the same warm reception when their weight fluctuates up — or down. On Wednesday, Modern Family star Sarah Hyland tweeted an open letter dispelling eating-disorder rumors after fans criticized her for being too skinny in an Instagram photo. And in April, Kim Kardashian was body-shamed after wearing a bikini on a beach in Mexico.

The state of a woman’s body should never be up for debate, but social media makes it easy for some to judge and body-shame. For Rihanna, if the new photos prove anything at all, it’s that she looks fantastic at any size.

Buhari To Spend N3.2b On Upgrade Of State House Clinic