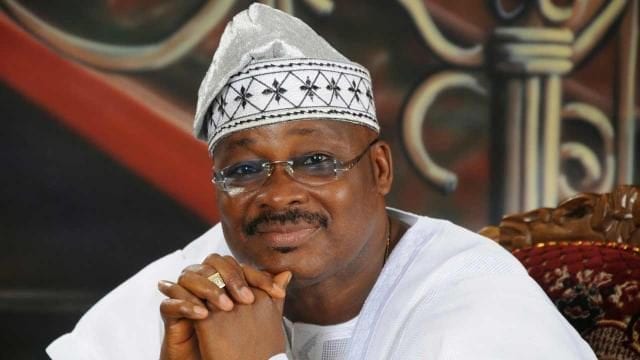 The Oyo State Government says 60 per cent of the latest Paris Club refund of N7.9 billion will be spent on salaries, wages and pensions of workers in the state.

Mr Toye Arulogun, the Commissioner for Information, Culture and Tourism of the state, said this in a statement on Saturday in Ibadan.

Arulogun quoted Mr Abimbola Adekanmbi, the State Commissioner for Finance and Budget, as saying this while featuring on a live programme in a private radio station in Ibadan on Saturday.

Adekanmbi said that Gov. Abiola Ajimobi of Oyo State led- administration was very committed to the welfare of the entire people of the state.

He said that the earlier decision of the government to use 100 per cent of its federal allocations for workers’ welfare still stood.

“We all recall that President Muhammadu Buhari has told state governments to use at least 50 per cent of the refund for workers’ wages, salaries and allowances.

`We are doing more than the 50 per cent in Oyo State. When we collected the first tranche of N7.2 billion, we used 60 per cent for workers’ salaries and wages.

“We also collected part two of the inflow of the sum of N5.003 billion and committed 100 per cent to salaries and salary related payments of workers in the state.

“We have paid two months salaries three times consecutively and the governor has not relented in his efforts to clear all the outstanding wages.

“`We will all remember that Oyo State was initially excluded from the refund, but the governor’s tenacity and strong will ensured that we also got our share.

“It amazes me when people throw figures in the air without proper explanation or understanding.

“It is very disappointing when people who claim to be knowledgeable brandish figures for mischief with malicious intent for cheap political gain.

“Our books are available for all to see and the leadership of the workers’ unions meet with us regularly,’’ he said.

Adekanmbi said that Oyo state government devoted 100 per cent of its federal allocations to workers’ salaries and salary related.

He said that government would do all within its capacity to always set the record straight and put things in proper perspective with a view to enlightening the public.

Past Leaders Did Not Save – Buhari

Let There Be Light – Adebutu donates 500KVA Transformer to Ogere

Photo Of The Day: Bankers In Nigeria Now Wear Gloves To...