Two major hotels in Nairobi, Jacaranda and San Valencia, have been closed down indefinitely in the wake of cholera outbreak.

According to Africa Review, Kenya’s Health Cabinet Secretary (CS) Cleopa Mailu on Wednesday announced the closure of the hotels.

The two hotels are said to have offered catering services at events where participants were later hospitalised after developing cholera-related symptoms.

The CS further said 12 counties have been affected by the outbreak with Nairobi and Garissa in the north-east, being the worst hit.

He said 67 people have been admitted to the Kenyatta National Hospital (KNH), 12 others in health facilities in the city with four deaths reported so far.

Dr Mailu said all water bowsers and vendors would be inspected and water sources checked to prevent the spread of cholera.

The CS was speaking after visiting cholera patients at KNH. He was accompanied by Health Principal Secretary Julius Korir and the Director of Medical Services Jackson Kioko.

That was after they ate food at a trade event at Kenyatta International Convention Centre (KICC).

In a move to contain the spread of the disease, the Ministry of Health cancelled medical certificates of all food handlers as it directed county health units to inspect all eateries in 21 days.

A task force to stop the spread of the disease was also appointed. 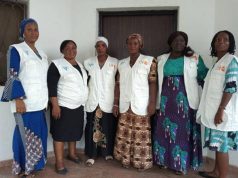 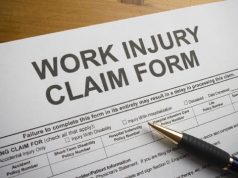 Hurt at Work? Who’s to Blame in a Workplace Injury Law Suit?

Xhaka Gives His All For Arsenal – Gary Neville

My Daughter And Adekunle Gold Are Lucky To Find Each Other...