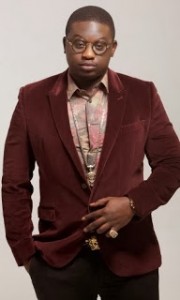 Award-winning singer-songwriter Wande Coal is back with brand new visuals for single “Oh No No”.

Black Diamond honcho, Wande Coal returns with the visuals for the single he released late last year titled, ‘Oh No No’, which was produced by CheekyChizzy.

Wande has enjoyed a recent spell of commercial success following the mainstream acceptance of songs like ”Iskaba” and ”Turkey Nla” and the talent vocalist aims to continue in the same fashion this year.

Earlier in the year, he had released the video to ‘Will You Be Mine’ featuring Leriq.

The new video which was directed by popular cinematographer, Director Q goes the unique way of featuring only Wande Coal and a couple of female vixens during the entire duration of the video.

Kutigi Thanks Delegates For Their Support During Late Wife’s Funeral

My People Should Expect Madness At My Upcoming Show – Davido

President Buhari Explains His Reasons For Approaching Obasanjo To Mediate In...