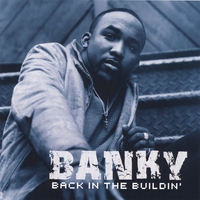 Banky W will be returning to the big screens after the success of the Wedding Party.

The award winning singer will return in the Inkblot and Anakle films produced movie, ‘Up North.’

Shot in Bauchi, the Northern region of Nigeria and other locations in Lagos, the movie stars Banky W as the lead character.

“Up North” explores love, friendship and family politics, all of which collide, creating memories to last a lifetime. It tells the story of a young rebellious heir whose NYSC year doesn’t go quite as planned.

Principal photography for “Up North” kicked off on May 22, 2018. There’s no release date yet for “Up North.”
The Governor of Bauchi State, Mohammed Abdullahi Abubakar, has made his acting debut in the upcoming Nollywood film, “Up North.”

In a series of tweets, Editi Effiong, who wrote the original story of the film, shared how and why the governor decided to support the film which was shot in Bauchi.

UNICEF Warns Against Use Of Herbs For Menstrual Pain

Is Wizkid Getting Married Anytime Soon?