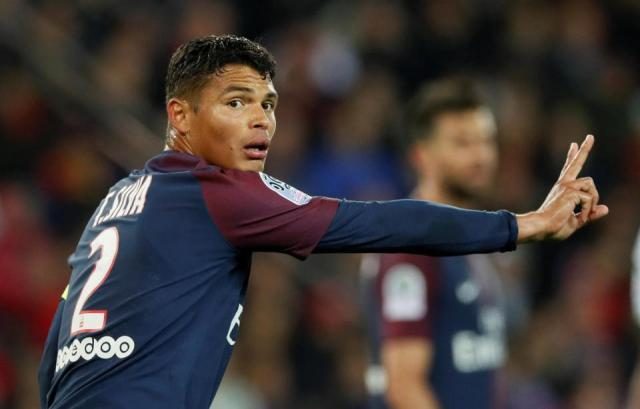 Paris Saint-Germain’s Champions League fate was identical to that of Real Madrid, Thiago Silva has said.

The Brazilian defender labelled their recent loss to Manchester United “a shame.”

The French club were stunned at home to Manchester United, surrendering to a 3-1 loss on Wednesday to bow out on away goals after the last-16 tie finished locked at 3-3.

His words, “We played a good game in their stadium, but things didn’t work out here,”

“Football is like that. The same happened to Madrid yesterday, which is a shame because we worked hard and things did not go well for us.”

Hsis words, “We didn’t have time to react, although we had to have done it during the previous 90 minutes,” he said.

Man Utd Players Are Playing For Their Futures – Smalling

Speaking About My Future Is Inconvenient – Arsene Wenger

PMB Should Prosecute All Ghost Workers In The Country – NLC