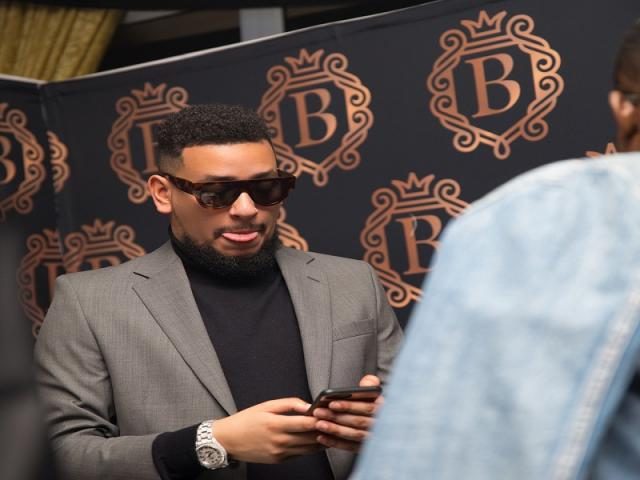 The last two days have recorded a strained relationship between Nigeria and South Africa over the xenophobic attacks in SA.

Popular rapper, Ycee has even learned his voice on the xenophobic attack on social media and it has attracted several reactions.

The rapper blasted South African men over the sad attacks with these words, “I don’t rate South African men at this point … and I’m not trying to create any form of animosity between us and them (that they don’t already feel against us)It is really sad that In 2019 Xenophobia is what we are still facing and discussing as a problem.”

“There is this subtle dislike that a lot of them (If not all) feel towards Nigerians and no matter how hard they try to hide it .. it eventually jumps out – like when AKA had a full childish grown man tantrum when they lost to Nigeria in the nations cup.”

SA rapper replied by sharing this, 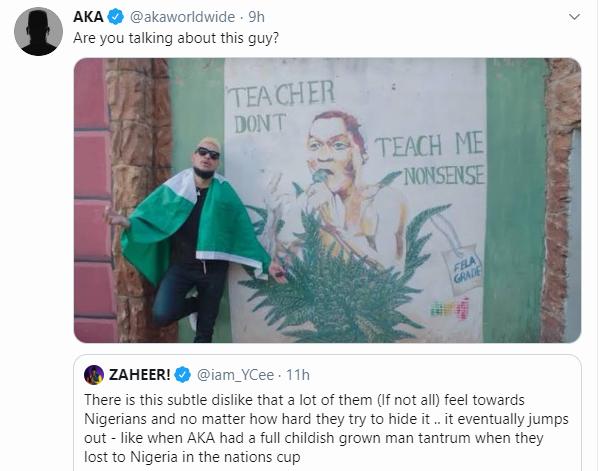 He added, “South Africa and Nigeria is the continent’s BIGGEST RIVALRY … a SIBLING RIVALRY because we are brothers and sisters … I also hate losing to Australia for fucks sake. Let’s pull together as Africans and stop dividing ourselves. This whole narrative is stupid!!!”

Forbes continued his success by releasing studio albums which include Levels (2015), Touch My Blood (2018), and the collaborative album, Be Careful What You Wish For alongside Anatii (2017).

On April 2018, Forbes alongside vodka brand Cruz launched the watermelon-flavoured drink with his initial on the bottles. That same month, Forbes was featured as a special guest on WWE Live events which where held in Johannesburg and Cape Town. As for 2019, he was the roastee for the Comedy Central Roast special.

Forbes began dating producer DJ Zinhle at the ceasing of 2014: After several South African Hip Hop Awards accolades Forbes received, Zinhle hinted their relationship saying, “Congratulations to my winner”, commending to Forbes on Twitter. The couple have a daughter named Kairo, born on 8 July 2015. On August 2015, Forbes and Zinhle split after it was revealed that Forbes had allegedly cheated on Zinhle with television presenter Bonang Matheba. As Forbes and Matheba denied the allegations, they declared as they revealed their relationship in 2016. Forbes and Matheba broke-up on December 2017. However, Forbes and Zinhle got back together in late 2018 or 2019.

Henry Can Succeed As A Coach – Viera

Pregnant Serena Williams Promises To Be Back After Delivery

ASUU Strike Should End For Our Election’s Sake – Festus Okoye