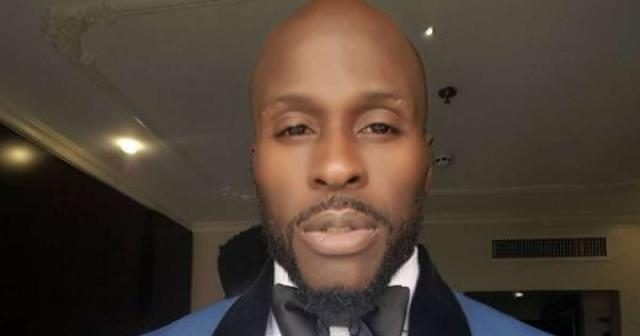 Popular Nigerian rapper, Ikechukwu has spoken up about his sad experience with SARS operatives in Lagos.

Sharing his story, the dope lyricist said, “I was kidnapped by sars lastnight. Two mins away from my house, taken to lagos island and made to exhaust my atm allowance or i would be killed and no one would know’.

Not by armed robbers. But when u are robbed and they are armed fully, 5 ak-47’s. Blows to the head and bundled into a vehicle.

Isn’t it the same thing. And then after you will now tell me our government is working. Things are in place. Bla bla. Let me tell u now straight up. I dont care who you are, if you are rolling solo in this town and sars get you. Day or night. If they get ur phone. Its over for you.

They dont have names or numbers on their uniforms. They literally said to me “na you burn this our hilux here yesterday abii”. Acting like they didnt know who I was and were gonna rope me in anything they felt or do with me what they would. After collecting all the money in lagos island they start laughing telling me i’m too stubborn that when will i introduce them to don jazzy. Oh so u know me. One even bragged about working alot with wazobiafm.

Thanx for that info at least now i have a point to start my own investigation. I could’ve been shot and left in the dark space on that dark road. No ID no phone. Who would ID me. Who would be looking for me for days?

Afterall my people saw me enter uber heading home. On the island. Shey i’m safe. Good morning. Its a good day to be alive. I don’t even know what hashtag to put sef. Its ok. I recorded a video initially from when I got home last night but it was too long and it made me cry again. So i just said lemme just yan straight no need for in the moment.

Just the facts. We are not safe. End of story. Know as u dey take move.”

We feel his pain.

Ikechukwu Onunaku, also known as Killz (born Manassas, Virginia; raised Lagos, Nigeria), is a Nigerian singer, rapper, and actor. He was one of the characters in The Wedding Party’ and The Wedding Party Destination Dubai’.

Onunaku was born in Manassass Virginia to Nigerian parents but Raised in Lagos, Nigeria. He moved to the United States after completing high school at kings college lagos, and returned over a decade later to Nigeria shortly before the release of his first album son of the soil in 2006 . He went on to release two other albums. His first and one of his iconic hits “My Name is Ikechukwu” was released in 2006. In his own words..Son Of a man , the son of a chief, the Son of A King!..His name is…Ikechukwu, Onunaku was born in Manassass Virginia to Nigerian parents but Raised in Lagos, Nigeria. the single was a smash hit. This was followed by his sophomore album “Life and Times of Killz vol.1” and an even bigger ”Wind Am Well” ft Dbanj and Don Jazzy broke records in large proportions thereby cementing it as an all-time classic. Furthermore, his 2nd single Like Yo featuring mo-hits star Wande Coal blazed the charts for almost as long as wind am well!!!!!!!!. He went on to release shoobeedoo from the same album which followed suit and won awards just like wind am well. Some nominations include: Best New Artist in Africa at the 2006 Channel O Spirit of Africa Video Awards. Revelation of the Year at 2007’s Hip Hop World Awards Best Lyricist on the Roll, and Best Rap Collabo with “Naeto C for You Know my P” at 2008’s Hip Hop World Awards Best Afro Pop Act of the Year and Best Music Video for Wind Am Well NEA Awards (2008) Won best video MTV MAMAS, (2008) Won Channel O best male , (2008) Won Channel O best male west Africa (2009) “My name is Ikechukwu” off the Son of the Soil Album was (No.1 in the East for 21weeks straight and No.1 in Lagos for 6 Weeks and In Abuja for 5 weeks respectively) Other hits from ikechukwu include the highly acclaimed hits “Critical” and “now is the time” both off ikechukwu third album “The Alliance Reconstructed”. some other hit singles are BU LIE OTO, B.A.D.A, CARRY ME, BALABALA Which span across 2010 to 2015. 2013 was the introduction of ikechukwu to Nollywood. His debut on the big screen was in a short feature written produced and directed by Walter waltbanger Taylaur titled “the wages”. It went on to garner critical acclaim, selected for screening at AFRIFF 2014 and subsequently winning best short feature at the AMVCA’S in 2015. Following that with a major appearance in the ndani produced “gidi up”, ikechukwu secured a major role in the history making, record setting blockbuster “The Wedding Party” in 2016. 2017 saw the successful release of “The Wedding Party Destination Dubai” which did double the box office numbers than its predecessor.

Urgent electoral reforms needed ahead of polls in Côte d'Ivoire –...