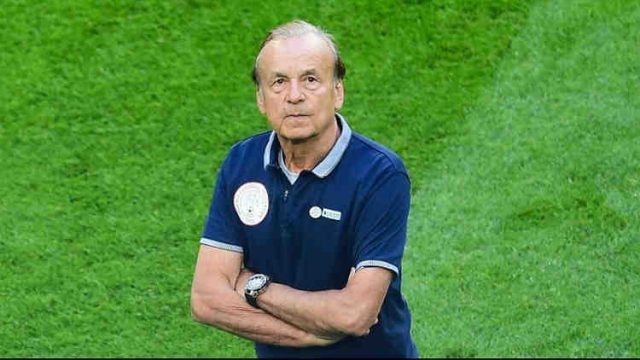 Super Eagles coach, Gernot Rohr has said there is no room for new players in the Nigerian national team right about now.

Joe Aribo was brilliant during their Africa Cup of Nations qualifying games against the Benin Republic and Lesotho, where the three-time African champions claimed back-to-back victories.

However, Rohr has said with the present crop of players in his team, he does not need new ones. He added that he is now focusing on the harmony in his squad.

His words, “There are no more friendlies, so there is no more time to invite new players we don’t know,”

“We need harmony in the team and if you are bringing in new players to do better for the team than they are doing now, which one do you want to push out of the team?

“Those players must be really better than what we have already.”

On injured players, “I hope everybody will be fit, we missed some players for the qualifiers like Oghenekaro Etebo and Bryan Idowu, who could not come,”

“But now there is a very good competition for starting positions, which is very good for the level of the team.

“It is good to have competition and to have such good players, now we have four very good central defenders but I have to choose two or play three as we did in the second half in Lesotho.”

2016 Budget: Nigeria Will Borrow N1.84trillion To Fund Its Budget Deficit