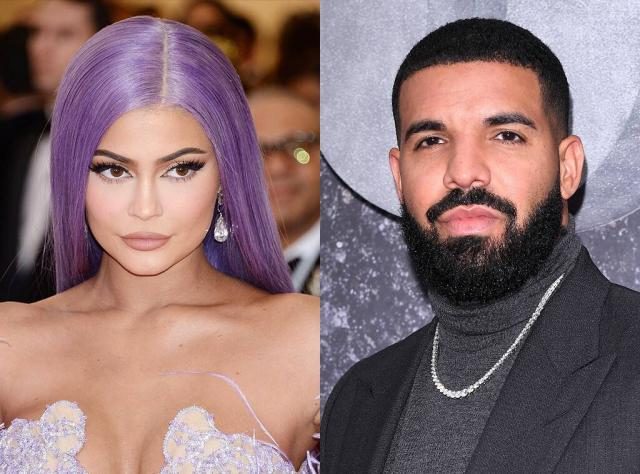 Rumor has it that Kylie Jenner and Drake might be dating, months after her split from Travis Scott.

A source had this to say to popular media company, PEOPLE, recently, “He and Kylie have been spending time together recently,”

“They’ve been friends for a long time and Drake is very close to the family.”

Another friend told PEOPLE that the rapper and the model have been hanging out lately after her separation from Travis.

The friend said, “Kylie was rapping to songs and dancing with her friends while she was next to Drake, but they weren’t dancing together. They seemed to have a connection though.”

“They seemed to be enjoying each other’s company. They were joking around and Kylie was laughing. She seemed to be really happy and in a great mood, and [she] and Drake seemed very comfortable with each other. There seemed to be an attraction there.”

Do you see any truth in this?

Kylie Kristen Jenner (born August 10, 1997) is an American media personality, model, businesswoman, and socialite. She has starred in the E! reality television series Keeping Up with the Kardashians since 2007 and is the founder and owner of cosmetic company Kylie Cosmetics.

At age 14 in 2012, she collaborated with the clothing brand PacSun, along with her sister Kendall, and created a line of clothing, “Kendall & Kylie”. In 2015, Jenner launched her own cosmetics line called Kylie Lip Kits, which was renamed to Kylie Cosmetics the following year. She also released a mobile app that reached number one on the iTunes App Store.

In 2014 and 2015, Time magazine listed the Jenner sisters on their list of the most influential teens in the world, citing their considerable influence among youth on social media. As of March 2019, with over 129 million followers, she is one of the most followed people on Instagram. In 2017, Jenner was placed on the Forbes Celebrity 100 list, making her the youngest person to be featured on the list. Jenner starred on her own spin-off series, Life of Kylie, which premiered on E! on August 6, 2017.

According to Forbes magazine, Jenner’s net worth is estimated at US$1 billion, making her, at age 21, the world’s youngest billionaire as of March 2019. However, the notion of Jenner being self-made encountered critique, arguing that she comes from a privileged background. In November 2018, New York Post credited her for being the most influential celebrity in the fashion industry.

Jenner was born in 1997 in Los Angeles, California. The youngest daughter of 1976 Summer Olympics decathlon winner Bruce Jenner (now Caitlyn Jenner) and TV personality Kris Jenner, she has an older sister, Kendall. On Kris’s side of the family, she has three older half-sisters, Kourtney, Kim and Khloé Kardashian, and one older half-brother, Rob. Jenner also has three older half-brothers from Caitlyn’s side of the family—Burt, Brandon, and Brody Jenner—and an older half-sister, Casey.

Jenner attended Sierra Canyon School, where she was a member of the cheerleading team. Jenner claims to have performed in plays while attending school, along with community plays. In 2012, she became homeschooled and enrolled in an at-home education program, from which she graduated with a high school diploma in July 2015 from Laurel Springs School in Ojai, California.

BroadSoft and AudioCodes CEOs to Introduce One Voice for Hosted Services...

2015 Election: ‘Use Of Foul Language At Jonathan’s Campaigns Sign Of...