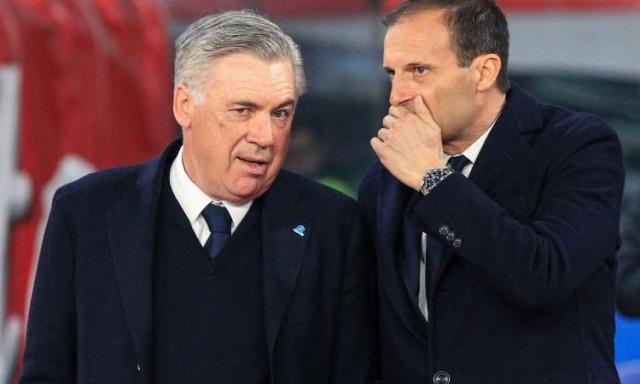 Ex Juventus coach, Massimiliano Allegri or Napoli manager, Carlo Ancelotti can be a quick fix for Arsenal if that is what the club wants, according to Lee Dixon.

The London club is currently searching for a new manager after parting ways with Unai Emery.

Lee thinks both managers will be good for the club because of their impressive CVs and he cannot wait to see what Stan Kroenke will decide.

His words, “Where does he see the club going? Does he just look at balance sheets?

“So if he came out and said ‘Right, this is what we want to do with this football club’ – but we don’t hear from him, we don’t hear what the strategy long term is.

“If he’s just developing a cash cow in order to have something to be able to get money out and have his thing there, because he’s obviously now in complete control of the club from the top, then that’s it.”

“If he comes out and says ‘No actually, we want a project, we want to bring Patrick Vieira in, we want to go Arsenal orientated, old school, he knows the club, and we want to build the academy and build this amazing football club’ then go down that road.

“If he wants a quick fix then he’s going to have to go for somebody like an Allegri or somebody who can come in, or an Ancelotti, and go ‘Right, we’ve fixed it for now, we’ll get into the Champions League’, but the long-term view of the club is all down to the owner.”

Balotelli Has No Future At Liverpool – Klopp

Matthijs De Ligt Will Be On The List Of Every Top...