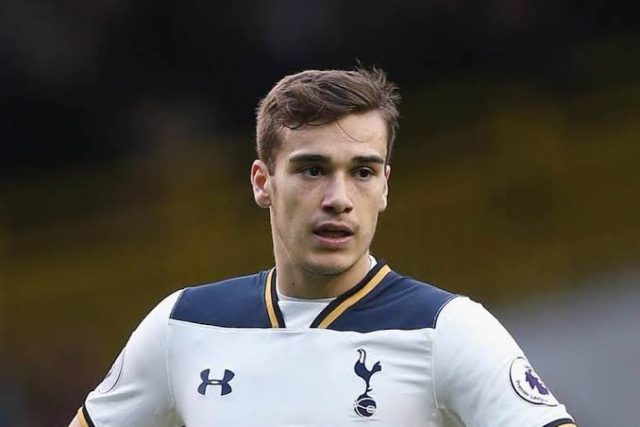 Spurs manager, Harry Winks has said Tottenham actually put in one of their best performances of the season vs Wolves, despite the loss.

Winks believes it was a strange game and he really felt his club was going to win since the players played very well.

According to him, the team improved on everything Mourinho pointed out from the Chelsea defeat and they were unlucky to lose all 3 points.

He added that he was very proud to captain the team because it was a special moment for him and his family.

His words, “It was a strange game, we played so well,”

“We were in control in the first half and it didn’t look like it was going to go any other way than us winning.

“It’s probably one of the best performances as a team we’ve had this season.

“We did everything the manager said to do from last week’s game [the 2-1 defeat at Chelsea] when we weren’t good enough.

“We were aggressive, we kept the ball, we created opportunities. It’s such a shame that we lost.

“It’s tough. We haven’t seen the goals back but there are obviously things we should have done better.

“The manager has told us what he believes we should have done, and we know it as well. When you’re winning you have to be cuter and find ways of stopping the transition, stopping the counter and we weren’t good enough at that today.

“Everything else we were spot on with, but that’s the way we lost the game.”

READ  Being Fast Will Help Me In The EPL - Werner

“The manager told me before the game that I would be captain and it was a special moment,”

“I couldn’t wait to tell my family and they were so proud as well, but it takes away how special it is when you lose the game.

“I’ll go away and I’ll look back at this as a really proud day for me and my family to captain Spurs and have to have the opportunity to lead the players out was really nice, but to come away with a defeat nullifies that a little.”

Is Wizkid Dating His Manager?

You Cannot Claim All The Credit For Ebola Success, APC Tells...