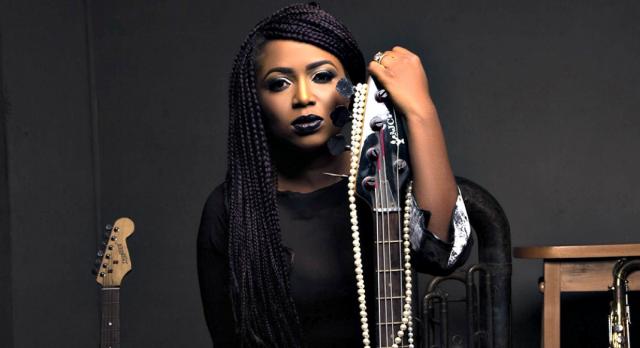 Popular celebrity, Lami Philips has come out to write about people who live fake lives just to please people.

Lami simply revealed that it is sad to see broke people who can barely feed themselves borrow lots of cash to feel bigger than they really are.

According to her, some guys even go as far as spending 100k on prostitutes when they cannot fuel the car they are yet to pay for fully.

She added that anyone doing this presently should desist from the habit and work hard to live a real and normal life.

Her words, “Some people are BROKE!some have to borrow to eat sometimes but will spend N2m on perception and largess. Some have 100k for prostitutes but can’t buy fuel in their cars that ain’t fully paid off.

“Some have no income but have glam squad. Some are owing glam squad but are posting pictures. Some have flashy car but no generator. The illusion is like James Bond. Hope you do what gives you peace to sleep at night o.”

“We have to leave this earth at some point. Why not LIVE in peace? Please don’t believe everything you see on social media.. it’s like a mirage! It’s like “film trick”. Work hard, don’t put all eggs in one basket o, have character .. nurture humility, competition should not lead to complications you can’t resolve. Don’t do what will compromise your peace. Remember only God is God, nobody big pass God.. don’t go worshipping people to the point that your validity depends on their stupidity. I wan blow no suppose reach make I die ontop. Earn your money, use ALL your talents not only the ones that you think will bring you popularity. Leave a legacy behind that transcends time and generations. Let your name open doors for generations to come instead of cursing those who risk mentioning it. Take it easy. This life na turn by turn.. when it’s your turn may God grant you sense and humility. Happy Sunday.”

Sexual Harassment ‎Bill Proposed By Senator Omo-Agege Is A Step In...