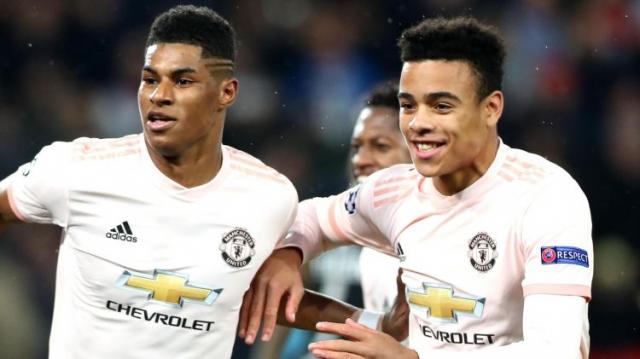 Rashford recently revealed that Mason is a fantastic player and it was never a matter of if he was going to get in the team, it was clearly when.

According to him, Ole has done an amazing job with the youngster and it is now up to him to prove that he will never let the manager down.

He added that Greenwood has done very well for the entire season and he keeps working hard for the team.

His words, “He’s a fantastic player. I’ve watched him before he got to the first-team. It was never a matter of if was going to play with us, it was just when. When can we get him involved? Ole has done a terrific job with him,”

“First of all, he put him in the squad and brought him on against PSG and that for a player, as a first step, it’s huge and it shows that the manager had confidence in him. You’ve got no reason not to have confidence in a player like Mason.

“But, for me, I just tell him to keep doing what he’s doing because what he does is score goals, so he doesn’t need to do anything else. You know, forget everything whatever people are doing outside, whether it’s praise or negativity.

“I just think there’s a massive flood of positivity right now and momentum. For us, we want to keep that going. All three of us scored. Mason scored two. That’s the type of momentum we want to keep going. That’s it, really.

“He’s done very well for the whole season. It’s not just these bits he’s been scoring goals. He’s been working hard for the team and doing the dirty work, you know the unseen work. He does it so he deserves all the credit that he gets.”

On himself, “It’s definitely a nice feeling to back scoring goals, but you know for forwards you just take it one game at a time,”

“Whether you score or you don’t score, the next game is always about scoring.

“That’s what I’ll continue to do, like I’ve done for the whole season, really, so game-by-game we want to win games and just keep competing for the trophies we’re still in.”

“The manager has helped us a lot. He’s stuck with us in difficult times and we’ve listened and tried to take on board what he’s saying and what he wants us to deliver on the pitch,”

“Where we are now, it’s getting closer to what we picture but there’s still a lot more work to do to be back challenging for the Premier League.”

NCDC Officials Are A Bunch Of Dimwits For Releasing Kyari’s Corpse...